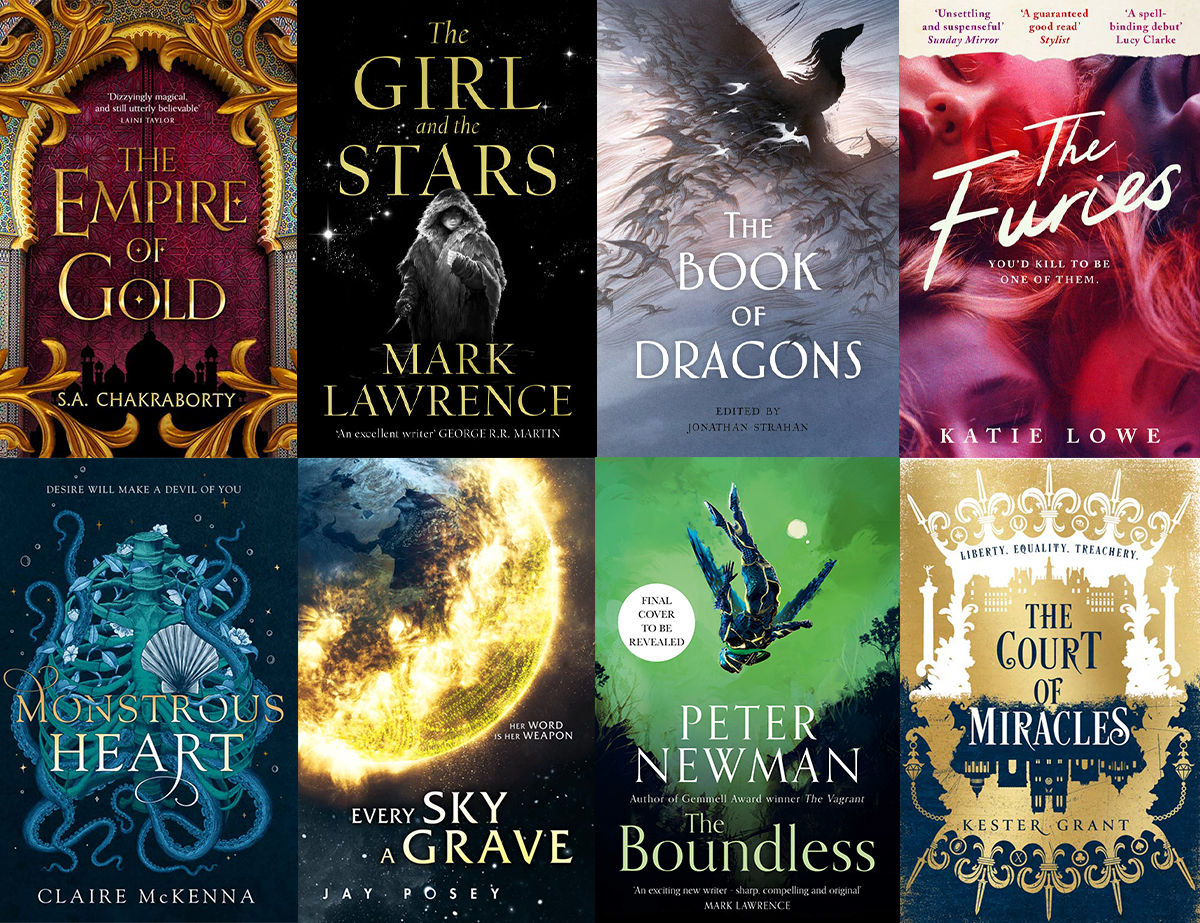 It’s that time of year to make plans for the next 12 months. Setting a Goodreads challenge, adding yet more books to our TBR pile and wildly speculating about which incredible books we’ll be reading in 2020.

With so many amazing fantasy and sci-fi series out there (as proven by our recent Twitter thread…), we wanted to share a selection of the books we’re most excited about on the Voyager list in 2020.

The Empire of Gold

THE EMPIRE OF GOLD concludes S.A. Chakraborty’s brilliant series set in 19th Century Egypt and in the hidden world of the djinn. We’re wishing this wasn’t the last in the series. If you haven’t read the first book – THE CITY OF BRASS – yet, you have an incredible journey ahead of you.

The Girl and the Stars

Lawrence’s new series has all the fight, heart, and fantasy of his previous books – but with a kick-ass teenage protagonist and a glitteringly icy world. Stick it on your ‘must-read’ pile and devour it in one sitting.

The Book of Dragons

Let’s face it, dragons are undeniably the most awesome mythological beasts. This compilation of NEW legends penned by authors such as Scott Lynch, R.F. Kuang and Garth Nix is sure to do them justice. If you’re a fan of the folkloric fire-breathers, this is not one to miss.

As NASA prepares to return to the Moon, we’re turning our eyes to the stars once again…and hoping there’s nothing strange and terrifying up there. James Smythe’s dark and twist-filled Anomaly Quartet, which began with THE EXPLORER, returns this year with THE EDGE.

What more could you want for Valentine’s Day than witchcraft, obsession, and murder? That’s how I like to spend the most romantic day of the year – deep in the occult and conspiring with my clique. Happy Valentine’s Day, witches.

The Court of Miracles

Vive la fantasy retelling of Les Mis! We’re super excited about this debut, which is set to revolutionise the fantasy genre (see what we did there?). Fancy meeting Éponine as you’ve never seen her before? Non, je ne regrette rien for adding this to your reading list.

A book that has been making waves since the first proof copies were released at YALC last year, MONSTROUS HEART is a tale of desire, murder, and of making one’s own way in the world that will sweep you off your feet. On salt-crusted shores, Arden must keep a lighthouse burning while navigating the allure of her dark and mysterious neighbour.

The third and final book in the explosive debut series from R.F. Kuang (book two of which publishes in paperback this August). Do you dare accompany Rin to the end of her story? If you like your fantasy absorbing, bloody, and heart-wrenching, start this series now.

Imagine a world where humanity barely clings to existence, where demons lurk just off the path, where knights in crystal armour are the only thing holding the wilderness at bay. Peter Newman wraps up another series of non-stop adventure and vast creativity in 2020 with THE BOUNDLESS.

The conclusion to Jay Kristoff’s post-apocalyptic LIFELIKE series is also on its way. Yup, that’s another series. Another complete series! Expect heavy weapons, heartbreak, and more twists than you can shake a dismembered robot arm at.

The Story of Silence

Questing knights, beautiful ladies – this is how it has always been. Until a girl raised as a boy becomes a knight and shatters society’s understanding of gender and heroism. Drawing on medieval legend, THE STORY OF SILENCE is the ground-breaking fantasy debut by Alex Myers.

Every Sky A Grave

A book about how words shape worlds out there among the stars. There has NEVER been a better time to read about speaking truth to power. Action-packed and thought-provoking with characters you will love this explosive new series is perfect for fans of STAR WARS or INTERSTELLAR.

What books or series are you excited about in 2020? Tweet us @HarperVoyagerUK with your recommendations.