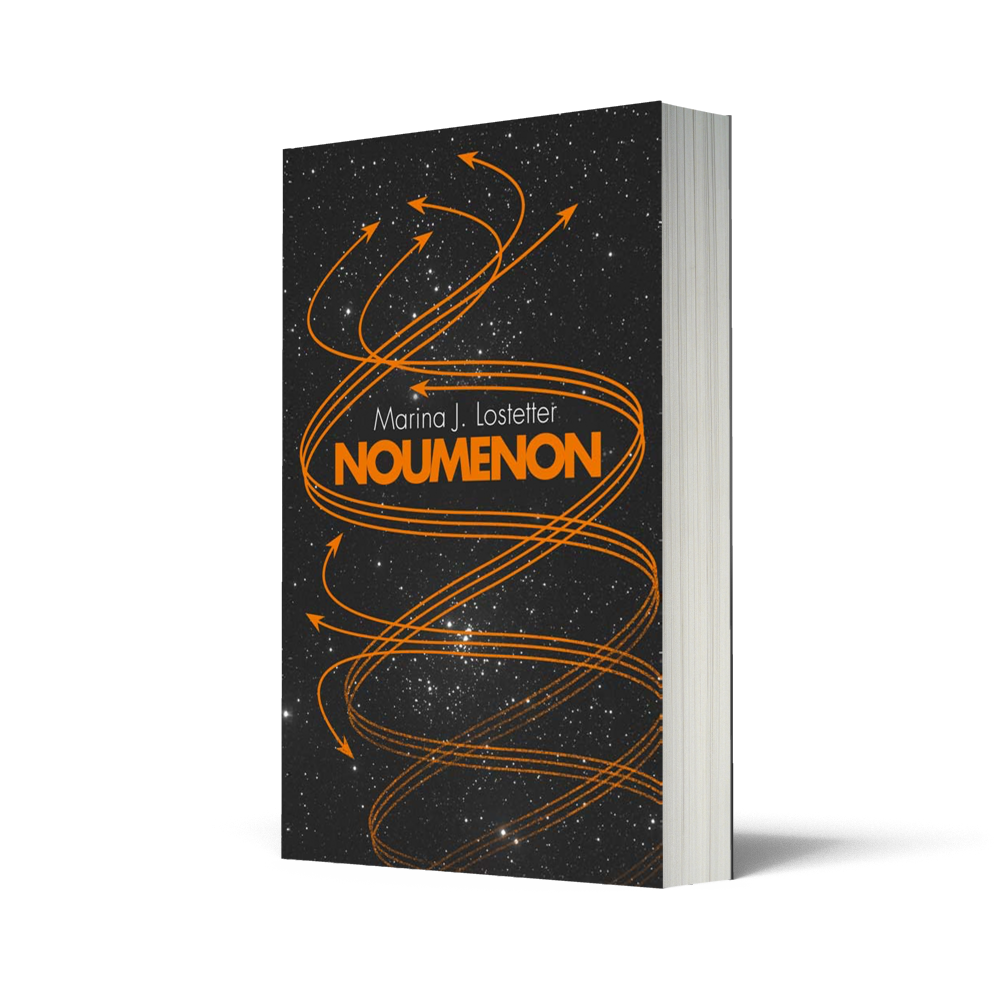 Clones have long held a fascination for storytellers.  Before cloning was a scientific reality, there were many myths and fables about evil twins, doppelgängers, and the creation of humans “from scratch.” Copies, supernatural reflections, and Frankenstein’s monster all come from the same long-standing questions and fears: what makes us ‘us’?  And can that be taken away?

A clone is a genetic twin of the source.  But what does that mean? Twins do not have exactly the same experiences, and thus do not share the same memories.  They are unquestionably individuals, with their own wants and needs and desires.  We’ve all encountered stories of clones created through replicators, where a person is copied right down to their current memories and the clothes on their back–but this type of clone is very different from both the ones I’ve created in Noumenon, and those created by modern science.  Dolly the sheep was not a carbon copy of its parent.  Using an adult’s DNA to create a baby does not mean you end up with a person who thinks and acts exactly like their original once they’ve grown.

In Noumenon, I explore the concept of clones as a ‘fix.’  Early in the novel, clones are thought to be the best way to ensure an interstellar convoy’s success.  The mission planners believe if they take genetic information from well-vetted sources that it will give them more control over the many variables that could shift in the mission over the centuries.

But does it offer more control?  Would populating generation ships with genetically identical crews over and over actually create stability? Our experiences are part of who we are, and an Earth-based mission-control cannot regulate every incident aboard such a convoy.

It’s the classic nature vs. nurture argument: do our genes make us who we are, or do our experiences?

This is a fundamentally silly question, of course.  There’s nothing ‘versus’ about nature and nurture.  The two things are both undeniably components of our personage.  So, then the question becomes, which one is more influential?  Which one is more ‘us’?

But, why do we care so much?  Why have stories focused on this concept for so many centuries?  What, exactly, are we getting at when we delve into the influence of genetics and environment?  Why are we so fixated on which is ‘more important’?

There’s the simple scientific curiosity of it all, of course.  Humans like to know how things work, if only for the sake of knowing.  An interest in the origins of behavior drives a good chunk of the questions. And some people explore the topic as introspection, a way to be more self-aware; If I know how I work, then I might better understand why I work, in a sense.

But what’s most interesting–and simultaneously frightening–is where these questions put us socially speaking.

Nature vs. nurture as a question is stuffed full of biases, especially when value judgments about certain behaviors and genetic traits come into play. We can most starkly see the dangers and limits of the question when confronted by people who look to nature vs. nurture to advance their world-view, as with those who push genocidal concepts like eugenics and racial supremacy.

As much as those individuals would like to argue one aspect scientifically has more bearing than the other, science itself asks if this is a fundamentally flawed approach to studying humans.  Histones* play a role in gene regulation and expression, and new research shows that the creation and elimination of these proteins could be related directly to our (and our immediate ancestors’) experiences–in other words, they are the physical mechanisms by which nurture has an effect on genetic regulation, which in turn has an effect on our body and behavior, which can in turn have bearing on our future experiences.  The two aspects are deeply intertwined.

Science and history, when performed by humans, will always be biased in some way.  As will storytelling.  But stories let us experience what reality cannot, and fictional clones let us experience alternate universes, in a way.  What kind of experiences would lead you to be a barista in one life and a secret agent in another?  Could you, in fact, be either of those things?  Maybe you have a genetic disposition that means the smell of coffee sends you retching, maybe you’ve never been able to lie well and would make a terrible spy.  The concept of clones lets us wonder about different versions of ourselves, allows us to try on different hats.

What makes us ‘us’ is always evolving, always adapting.  At no point in our life are we more or less us, but at no point are we fundamentally the same.  Individuals are truly continuums, and each day is just a snap shot in the long line of life.

Marina J. Lostetter is the author of Noumenon. With nods to Arthur C. Clarke’s Rama series, the real science of Neal Stephenson’s Seveneves, a touch of Hugh Howey’s Wool, it is a powerful tale of space travel, adventure, discovery, and humanity.

*If you are interested in learning more about histones, I suggest starting with these links: