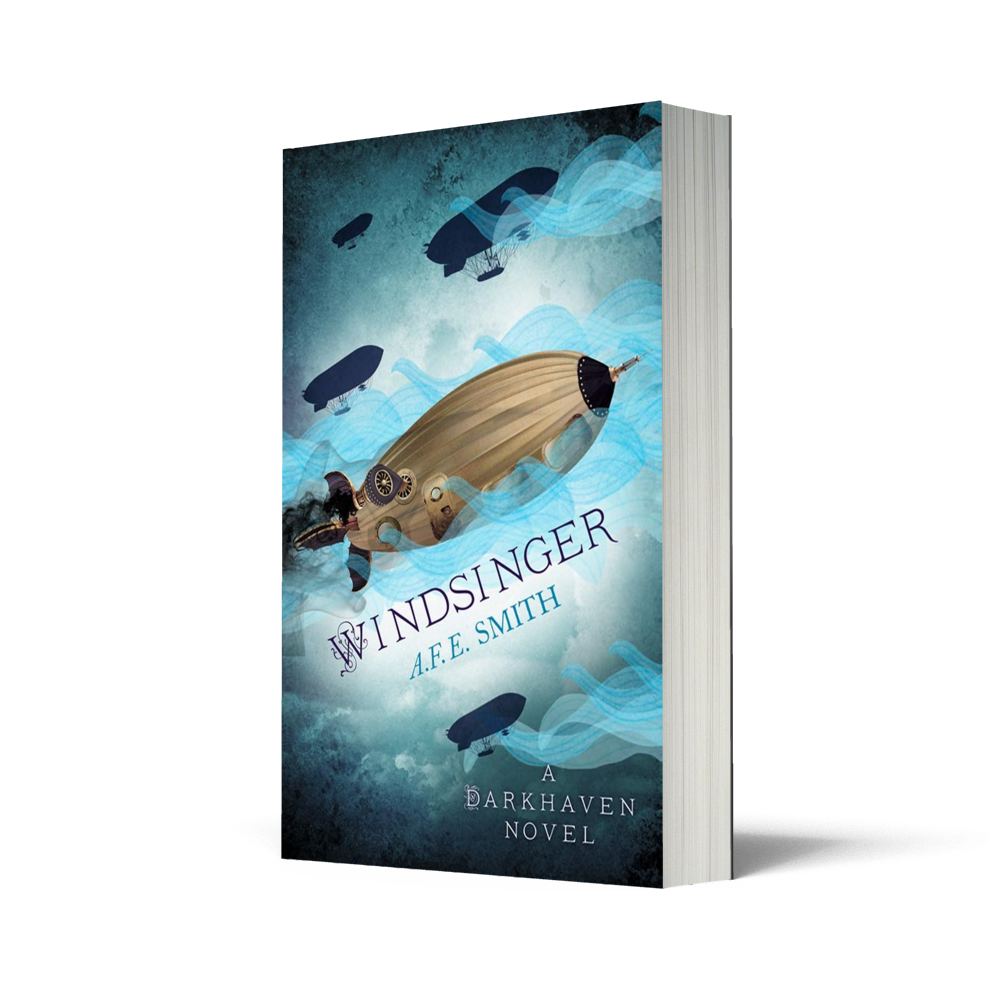 Every book holds up a mirror to the world, and to humanity. Sometimes the reflection shows us as we are.

Sometimes it shows us as we might be. Fantasy is particularly good at this, I think, because it puts a ripple in the glass. That ripple changes the reflection, makes it show a world that’s different from the one we know; yet at the same time, it can make certain aspects of what it means to be human stand out more prominently. If you want to know what courage means, or friendship, or love (or, if you tend towards a pessimistic view of human nature, hate and cruelty and destruction) then fantasy is as good a place to look as anywhere.

And always – consciously or unconsciously – what’s shown in the mirror of any book reflects the biases and beliefs, the hopes and fears, of the author who created it.

Windsinger is the most personal book I’ve ever written. That’s partly because when I wrote it, I was in a dark and difficult place. I’d sunk gradually into depression. Mild depression, to be sure – high-functioning depression, in that I could still go to work and be a parent and put on a mask that said I was fine – but depression nonetheless. If you have any experience with such conditions, you’ll know that they’re far easier to fall into than to claw your way back out from. You’ll also know that depression and creativity do not sit well together. I thought I was useless. I thought everything I did was useless. I would sit and stare at the screen, wondering what on earth was the point of trying to complete this book when I was so obviously a second-rate writer with nothing worthwhile to offer. Sometimes I would cry. Most of the time I would hate myself. Depression – even mild depression, even high-functioning depression – is a monster. It creates what it feeds off. It sends you deeper and deeper into a spiral, and it hopes you will never find your way back.

At the same time, the world seemed to be imploding around me. No doubt some people would say my bubble burst. Here in the UK, we held a vote on a thing called Brexit; in the USA, the first shots were fired in a bitter, divisive and propaganda-fuelled presidential campaign; across the globe, political parties whose entire campaigns were built on demonizing a certain religion or nationality began to gain prominence. It felt like we were slipping backwards, into the mindset of us versus them; into the mindset of labelling anyone not like us as a lesser kind of human. I’ve never quite been able to work out where to draw that line, the not like me line. I’ve always thought that either everyone is like me or no-one is. The categories in between seem very arbitrary. But we, as humans, are good at that kind of tribal thinking. And when you’re writing a book, the changes you see and hear and feel around you tend to seep into it whether you mean them to or not.

I’d intended the mirror that Windsinger held up to the world to say something about loyalty and treachery. That’s neat, right? It goes tidily with the themes I wrote about on this blog just over a year ago, when discussing my first two books: innocence and guilt. Mercy and retribution. And I suppose loyalty and treachery are what Windsinger is about, to a certain extent. How we balance our loyalties to ourselves, our families, our loved ones, our countries, our gods. How what looks like loyalty to one person can look like the deepest treachery to another. Yet it also turned out to be about a lot of other things. What it’s like to be an immigrant in a country that’s turned against your people. What it’s like to be forced to choose between patriotism and doing the right thing. How to know what the right thing is, when the world seems to have gone wrong.

I could wish that those dark little creeping fears hadn’t turned out to be quite so relevant to the world we find ourselves in today, but there you have it.

So what is it that I hope the distorted mirror of my own book will reveal? Well, there’s a slogan out there in the real world, at the moment: love trumps hate. Some people don’t like it. Why should we love, they say, when we’re faced with so much hate? Turning the other cheek isn’t what makes the world better. To make the world better, we have to fight for what’s right. And I understand that. I agree, to a certain extent. But I’d add two things.

The other is that I think it’s important not to let hate control the narrative. It’s important not to buy in to the idea that hate is strong, and cruelty is strong, and destruction is strong, and that to stand up against them we must respond in kind. It takes more strength, in this world we live in, to keep loving people. To believe in the goodness of our collective humanity, and the essential decency of our nature, despite all evidence to the contrary. And so I suppose my own bias and my own belief, as reflected in Windsinger, can be distilled down to a line I wrote before I ever came across that slogan:

Anyone can hate. It’s love that requires courage.