We are delighted to share that in December 2014 we will be publishing George R.R. Martin’s The Ice Dragon, illustrated by Luis Royo. The Ice Dragon is an enchanting tale of courage and sacrifice for young readers and adults alike. What do you think of the UK cover? 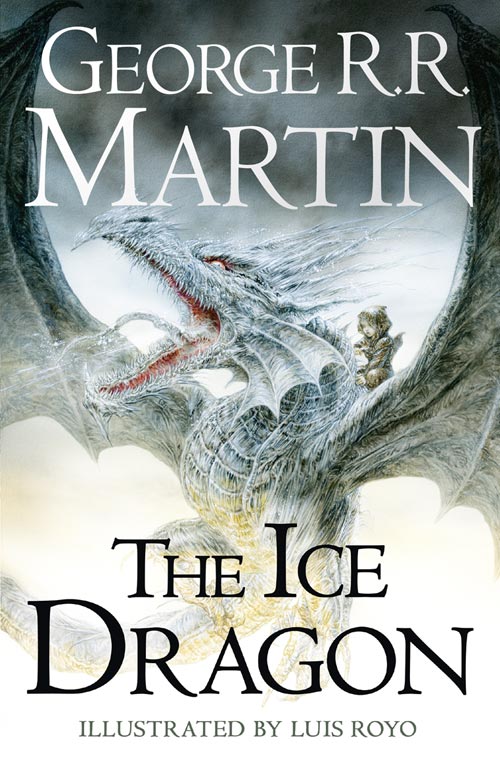 In the world of A Song of Ice and Fire the ice dragon was a creature of legend and fear, for no man had ever tamed one. When it flew overhead, it left in its wake desolate cold and frozen land. But Adara was not afraid. For Adara was a winter child, born during the worst freeze that anyone, even the Old Ones, could remember.

Adara could not remember the first time she had seen the ice dragon. It seemed that it had always been in her life, glimpsed from afar as she played in the frigid snow long after the other children had fled the cold. In her fourth year she touched it, and in her fifth year she rode upon its broad, chilled back for the first time. Then, in her seventh year, on a calm summer day, fiery dragons from the North swooped down upon the peaceful farm that was Adara’s home. And only a winter child—and the ice dragon who loved her—could save her world from utter destruction.

The Ice Dragon is published on 4th December in the UK. It is available to pre-order online and from all good bookshops now.