We asked Dawn Sinclair, HarperCollins’s archivist, to rummage through our Glasgow vaults for any SF-related treasures they might be hiding. She surfaced with these fantastic letters from the dearly departed Ray Bradbury, which we now share with you for the #BFIVoyager Festival.

The first letter, concerning the publication of Bradbury’s 1969 short story collection I SING THE BODY ELECTRIC, features a beautiful letterhead advertising the film adaptation of THE ILLUSTRATED MAN. Bradbury, discussing his lack of review coverage in the major newspapers, refers to his ‘rhinoceros hide’, something he probably had little use for as a Pulitzer-endorsed author later in his career. 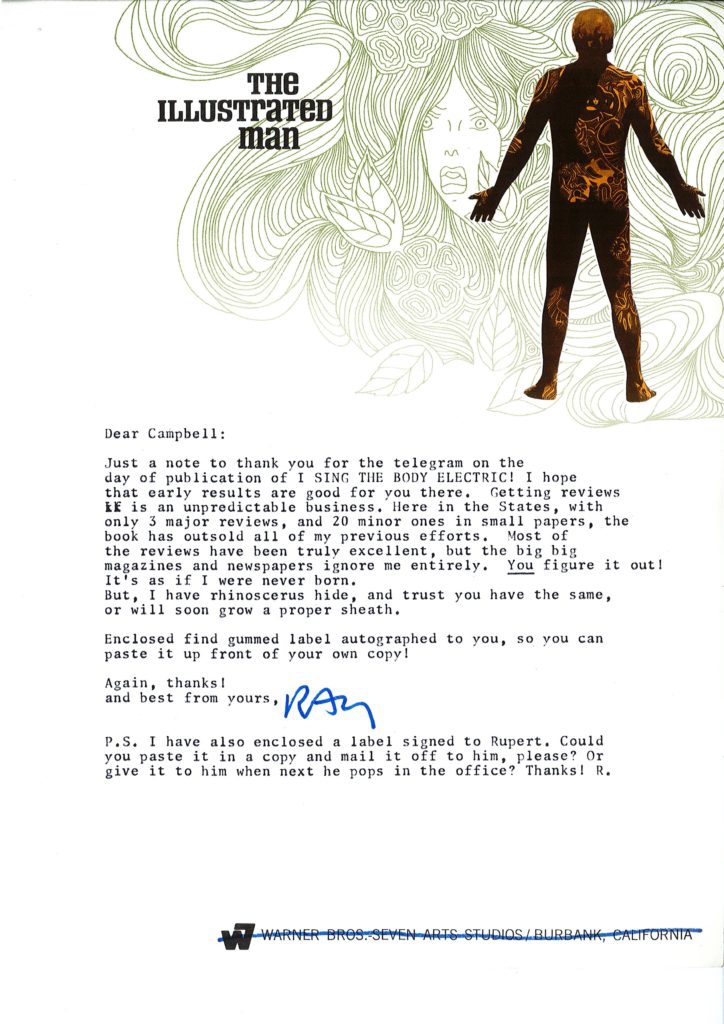 Fast-forward a decade to 1980, when Bradbury wrote in anticipation of a visit to England. Again writing on lavishly-illustrated paper, Bradbury plans to make the journey across the Atlantic by ‘sail[ing] from New York’. Oddly for a man preoccupied with the future, the author had an acute fear of flying, only stepping onto an plane for the first time two years later, in 1982. He also never learned to drive a car. Both factors must have made worldwide book tours a bit of a chore. 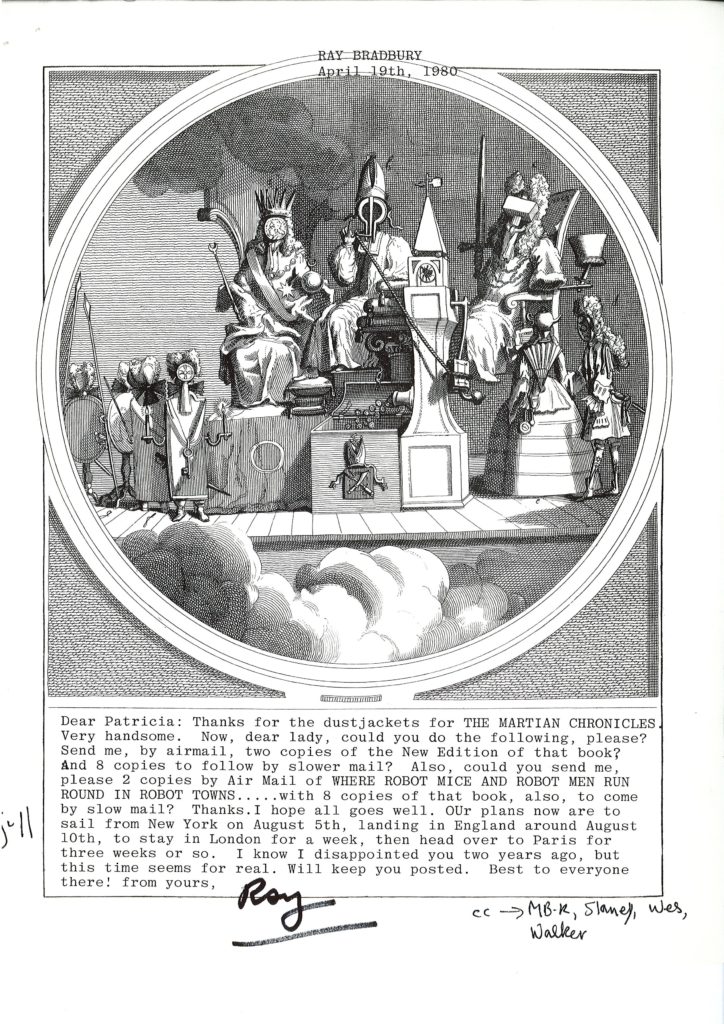 Finally, with the festive season fast approaching, here’s a poem that Bradbury and his wife Maggie wrote and used as their Christmas card in 1979. As you can see, even when surrounded by tinsel and turkey, his mind was always on the stars. 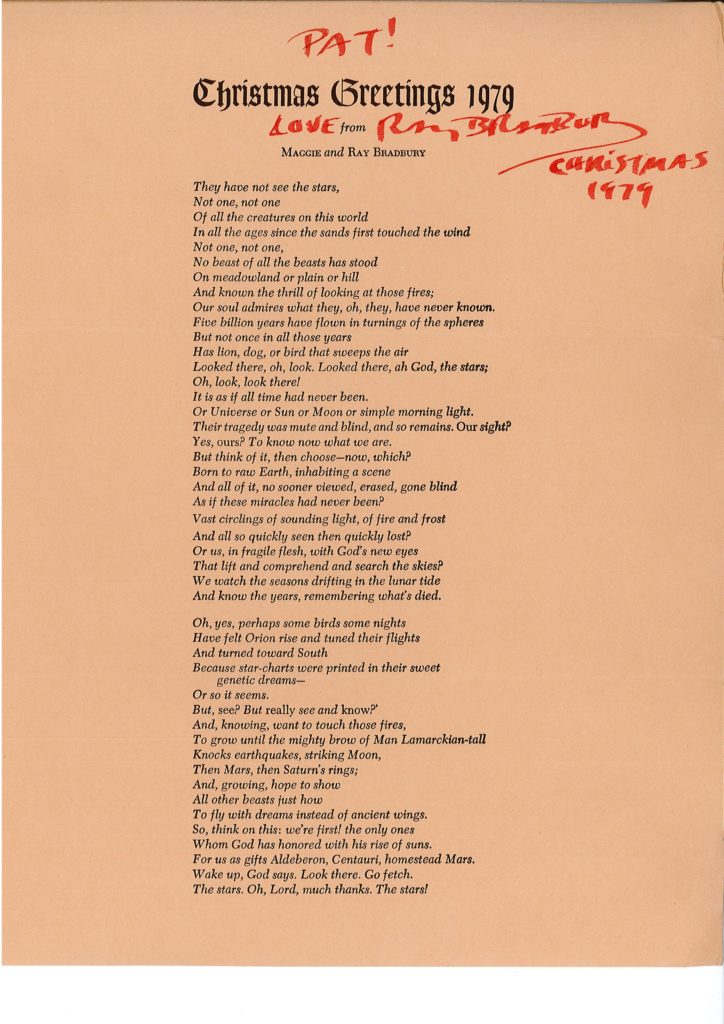