To explore the science behind science fiction, we have collected together some of the most illuminating infographics from Prof Brian Cox and Andrew Cohen’s brilliant WONDERS OF THE UNIVERSE, published by William Collins. Click on the image to see it in more detail.

Our understanding of the structure of matter has increased in the last century. Originally, atoms were thought to be the basic building blocks of life, but Rutherford’s famous diffraction experiment proved that matter consisted mainly of space, with each atom containing a very small dense nucleus surrounded by a cloud of electrons. Further investigation showed that each nucleus was composed of 9 particles and 4 forces, plus the (now discovered) Higgs Boson. The search for the basic building blocks of matter has used matter colliders, which can produce the very high energies that are required to recreate the temperatures in the early Universe, when these sub-atomic particles originally existed. 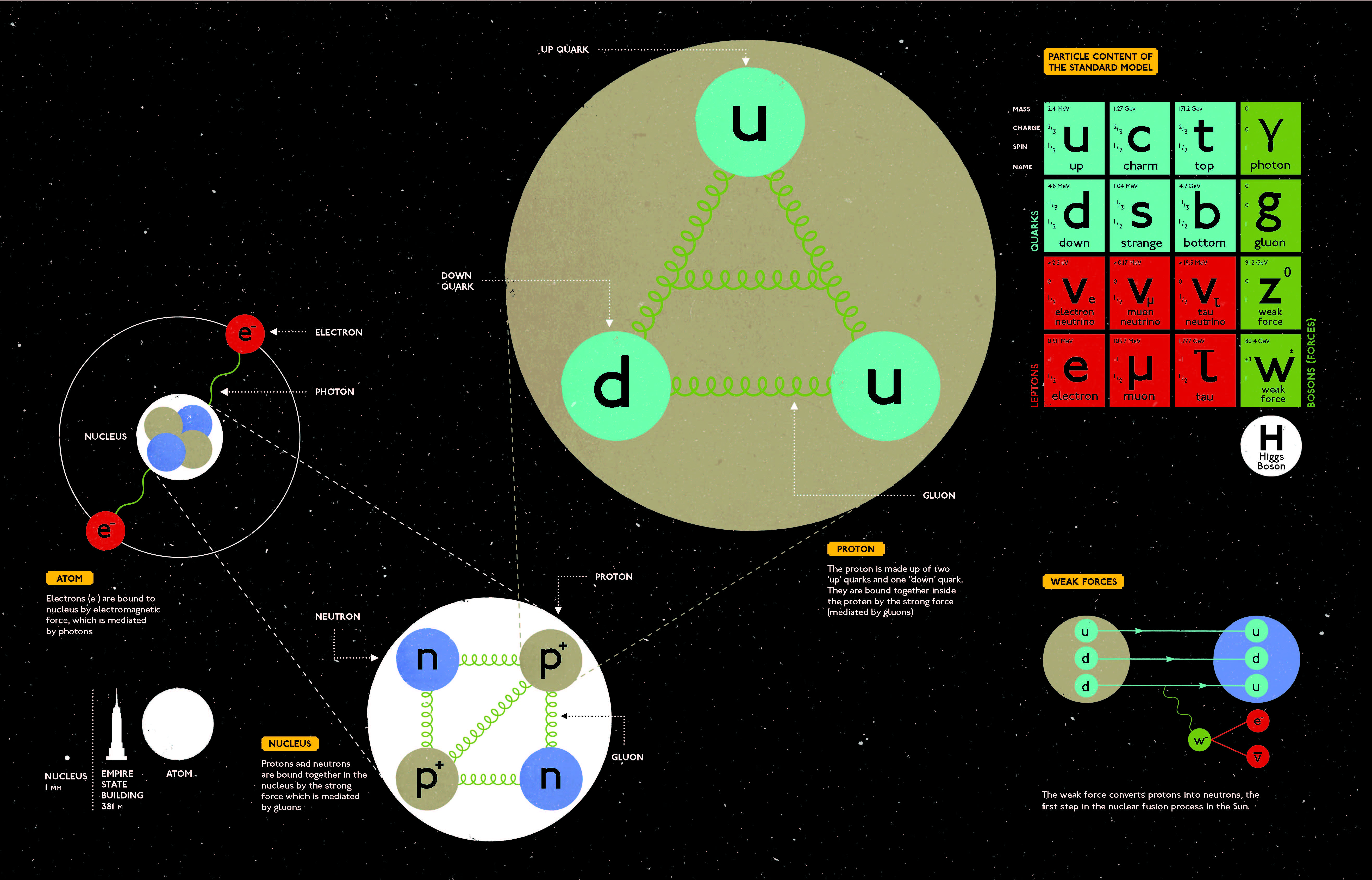 Infographic (created by Nathalie Lees) © HarperCollins Publishers, as featured in Wonders of the Universe by Prof Brian Cox and Andrew Cohen.