Brian Cox’s Wonders of the Universe in Infographics, Part 1 – #BFIVoyager

To explore the science behind science fiction, we have collected together some of the most illuminating infographics from Prof Brian Cox and Andrew Cohen’s brilliant WONDERS OF THE UNIVERSE, published by William Collins. Click on the images to see them in more detail, and look out for more WONDERS OF THE UNIVERSE over the course of the #BFIVoyager festival.

Our Place in the Universe

The scale of the Universe is almost impossible to comprehend and yet that’s exactly what we’ve been able to do from the vantage point of the small rock we call Earth. As we have discovered the grand cycles that play out above our heads we have come to realise that we are part of a structure that extends way beyond our solar system and the 200 billion stars that make up our galaxy. 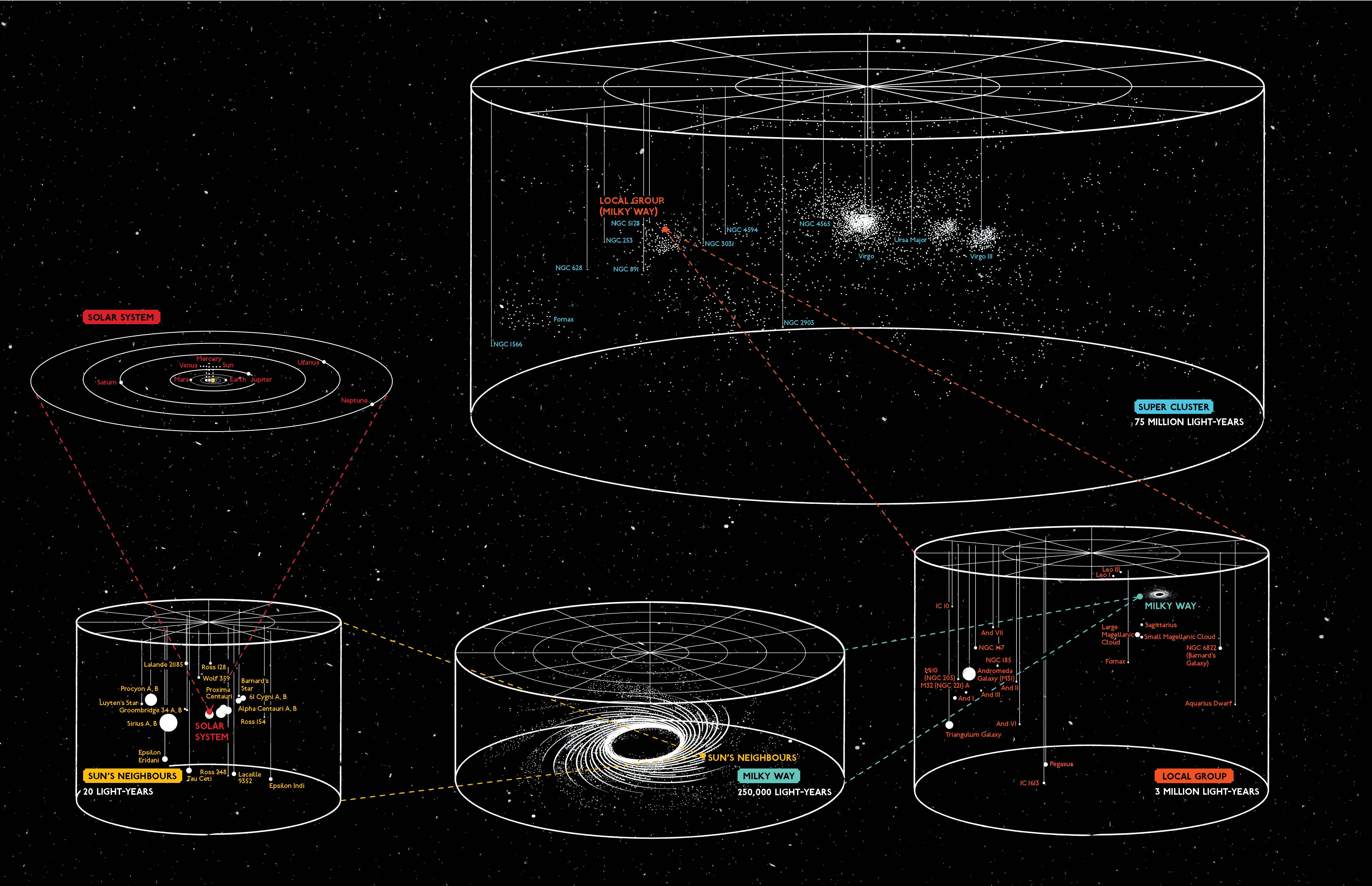 Timeline of the Universe: The Big Bang to the Present

The history of the Universe can be split into several phases, according to the physical conditions that existed at the time. Things happened quickly in the first fraction of a second, when the Universe was filled with an intensely hot soup of energy and exotic particles. From this emerged the first protons and neutrons which were later to form the nuclei of the first atoms – mostly hydrogen and helium. After the emission of the cosmic microwave background, around 400,000 years after the Big Bang, the pace of events became more sedate. According to current understanding, the Universe will continue to expand forever, eventually fading into darkness in the unimaginably distant future. 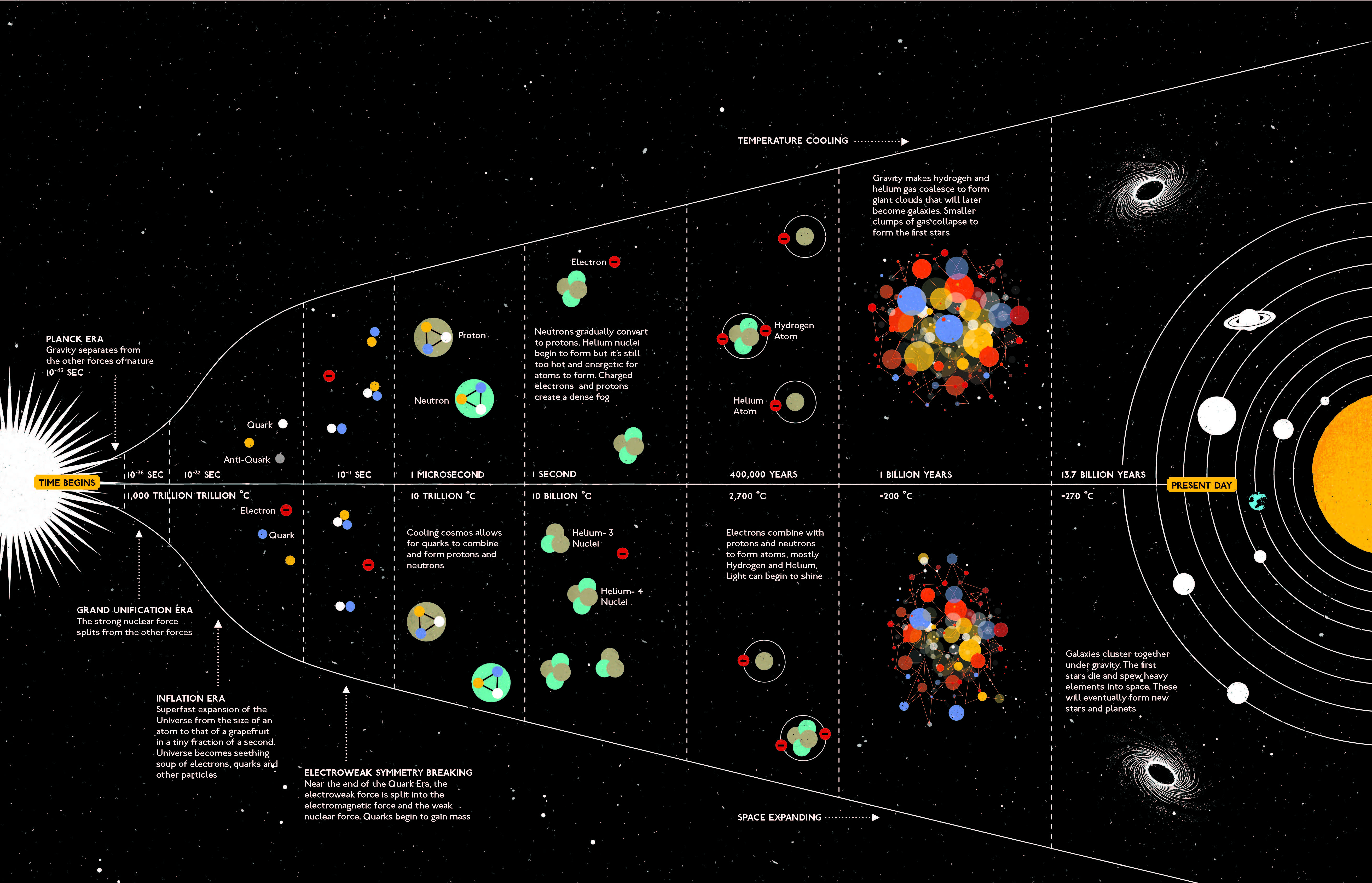 Infographics (created by Nathalie Lees) © HarperCollins Publishers, as featured in Wonders of the Universe by Prof Brian Cox and Andrew Cohen.