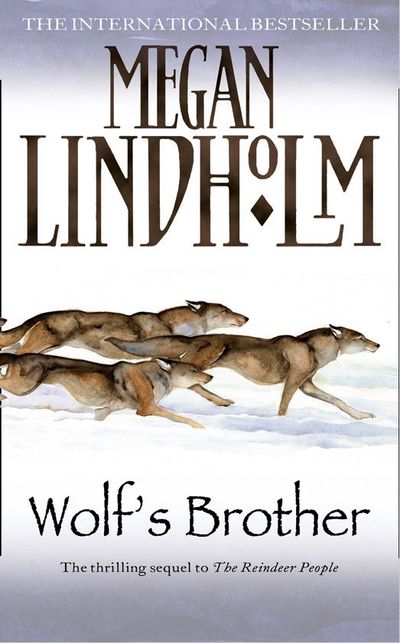 The compelling sequel to The Reindeer People , a saga of magic and triumph in an ancient world.

Kerlew stared at the immense stone that jutted up from the tundra. Power radiated from it like heat from a fire. It attracted the boy and filled him with fear.

And then he was alone.

There was a brush of sound, of dark moving shadows and then the sudden flash of a glistening eye. He pressed his palms back against the stone’s rough surface and faced the night creatures that surrounded him.

The magic is strong in Kerlew. Every day it grows, reaching out to the Wolf spirit that will be his guide. But the magic in Kerlew that calls to the beasts and to the spirit world also calls to Carp, the evil old shaman, who follows Kerlew and his mother, Tillu, across the frozen wastes. When he finds them, he will bind them to him, and shape Kerlew’s powers for his own uses.

Author: Megan Lindholm
Format: Other Format
Release Date: 01/09/2011
ISBN: 978-0-00-739774-7
Megan Lindholm was born in California in 1952 and majored in Communications at Denver University, Colorado. A winner of both the Hugo and Nebula Award, she wrote a number of successful fantasy novels, including Cloven Hooves, The Windsinger trilogy and Wizard of the Pigeons before taking the name, Robin Hobb. Assassin’s Apprentice was Robin Hobb’s first novel, and was followed by the equally successful Royal Assassin and Assassin’s Quest. She lives outside Seattle, Washington.

The compelling sequel to The Reindeer People , a saga of magic and triumph in an ancient world.