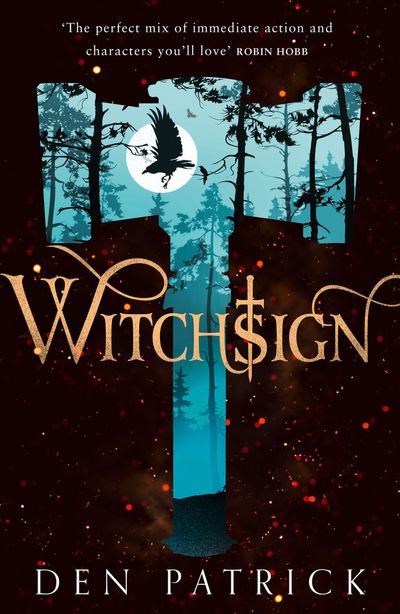 It has been seventy-five years since the dragons’ rule of fire and magic was ended. Out of the ashes, the Solmindre Empire was born.

Since then, the tyrannical Synod has worked hard to banish all manifestations of the arcane from existence. However, children are still born bearing the taint of the arcane, known to all as witchsign. Vigilants are sent out across the continent of Vinterkveld to find and capture all those bearing the mark.

No one knows when the Vigilants of the Synod will appear and enforce the Empire’s laws.

And gods help those who bear the sign of the witch.

Author: Den Patrick
Format: Paperback
Release Date: 21/03/2019
Pages: 464
ISBN: 978-0-00-823001-2
DEN PATRICK is the author of the Erebus Sequence, published in 2014, and was nominated for the British Fantasy Society Award for Best Newcomer in 2015. WITCHSIGN is the first of three books in The Ashen Torment series. He lives in London with his wife and their two cats.