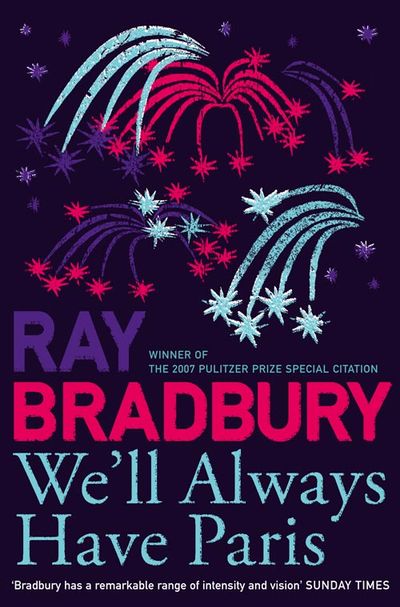 From one of the greatest living literary imaginations and the celebrated author of FAHRENHEIT 451 comes a collection of never-before-published effortlessly beautiful tales.

Recently described in The Times as ‘the uncrowned poet laureate of science fiction’ Ray Bradbury has won numerous awards including a Pulitzer Prize special citation in 2007 and an Emmy.

In this new volume of never-before-published stories, follow a space shuttle crew as they voyage sixty million miles from home, discover what happens when a writer ‘with the future’s eye’ believes his friend to be writing stories aboard a UFO, and listen in on a couple talking themselves backwards through time to the moment when they first held hands.

This entertaining and gripping collection is a treasure trove of Bradbury gems – eerie and strange, nostalgic and bittersweet, searching and speculative – to delight readers of all ages.

Author: Ray Bradbury
Format: Paperback
Release Date: 28/05/2009
Pages: 224
ISBN: 978-0-00-730364-9
One of the greatest science fiction and fantasy writers of all time, Ray Bradbury was born in Waukegan, Illinois, in 1920. He moved with his family to Los Angeles in 1934. Since his first story appeared in Weird Tales when he was twenty years old, he published some 500 short stories, novels, plays, scripts and poems. Among his many famous works are Fahrenheit 451, The Illustrated Man and The Martian Chronicles. Ray Bradbury died in 2012 at the age of 91.

From one of the greatest living literary imaginations and the celebrated author of FAHRENHEIT 451 comes a collection of never-before-published effortlessly beautiful tales.