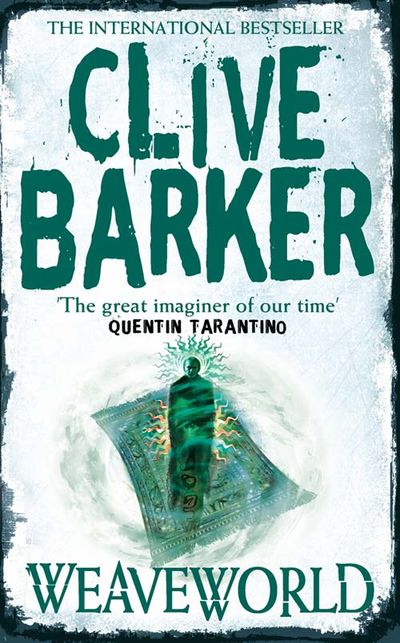 Reissue of the highly acclaimed thriller by the world’s most outstanding dark fantasist.

WEAVEWORLD is an epic adventure of the imagination. It begins with a carpet in which a world of rapture and enchantment is hiding; a world which comes to life, alerting the dark forces and beginning a desperate battle to preserve the last vestiges of magic which Humankind still has access to.

WEAVEWORLD is a book of visions and horrors, a story of quest, titanic struggles, of love and of hope. It is a triumph of imagination and storytelling, an adventure, a nightmare, a promise…

‘Barker’s fecundity of invention is beyond praise. In a world of hard-bitten horror and originality, Clive Barker dislocates your mind.’ THE MAIL ON SUNDAY.

Author: Clive Barker
Format: Paperback
Release Date: 06/08/2009
Pages: 752
ISBN: 978-0-00-648300-7
Clive Barker was born in Liverpool in 1952. His earlier books include The Books of Blood, Cabal, and The Hellbound Heart. In addition to his work as a novelist and playwright, he also illustrates, writes, directs and produces for stage and screen. His films include Hellraiser, Hellbound, Nightbreed and Candyman. Clive lives in Beverly Hills, California

Reissue of the highly acclaimed thriller by the world’s most outstanding dark fantasist.