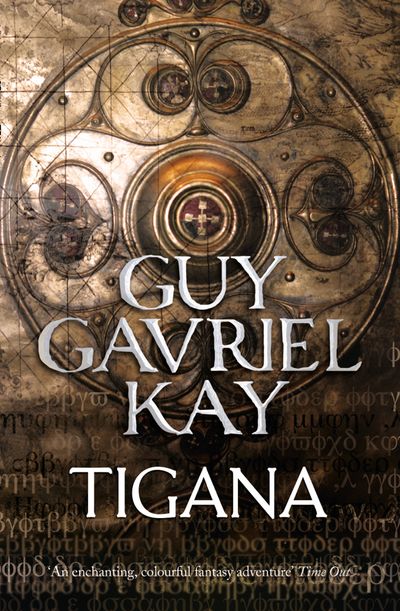 With this rich, masterfully written extravaganza of myth and magic, the internationally acclaimed author of THE FIONAVAR TAPESTRY trilogy has created an epic that will forever change the boundaries of fantasy fiction.

Set in a beleaguered land caught in a web of tyranny, Tigana is the deeply moving story of a people struggling to be free. A people so cursed by the dark sorceries of the tyrant King Brandin that even the very name of their once beautiful land cannot be spoken or remembered.

But not everyone has forgotten. A handful of men and women, driven by love, hope and pride, set in motion the dangerous quest for freedom and bring back to the world the lost brightness of an obliterated name: Tigana.

Author: Guy Gavriel Kay
Format: Paperback
Release Date: 03/02/2011
Pages: 816
ISBN: 978-0-00-734204-4
Guy Gavriel Kay was born and raised in Canada. In 1974-5 he spent a year in Oxford assisting Christopher Tolkien in his editorial construction of J R R Tolkien’s posthumously published THE SILMARILLION. He took a law degree at the University of Toronto on his return to Canada and was admitted to the Bar of Ontario in 1981. Guy Gavriel Kay lives in Toronto

With this rich, masterfully written extravaganza of myth and magic, the internationally acclaimed author of THE FIONAVAR TAPESTRY trilogy has created an epic that will forever change the boundaries of fantasy fiction.