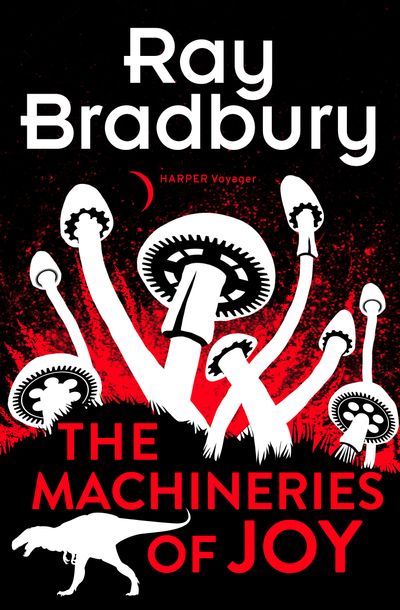 The Machineries of Joy

In this book you will meet: a Hollywood monster-maker whose Tyrannosaurus Rex suddenly becomes alarmingly lifelike; a boy who raises giant mushrooms in his cellar – until the mushrooms begin to raise him; a corpse who supports his wife and family; a circus fat lady whose midget husband has tattooed every inch of her mammoth body with fantastically intricate designs.

Plus seventeen other amazing tales by Ray Bradbury, master of fantastic fiction, author of the Martian Chronicles and Fahrenheit 451.

Author: Ray Bradbury
Format: Other Format
Release Date: 21/08/2014
ISBN: 978-0-00-753983-3
One of the greatest science fiction and fantasy writers of all time, Ray Bradbury was born in Waukegan, Illinois, in 1920. He moved with his family to Los Angeles in 1934. Since his first story appeared in Weird Tales when he was twenty years old, he published some 500 short stories, novels, plays, scripts and poems. Among his many famous works are Fahrenheit 451, The Illustrated Man and The Martian Chronicles. Ray Bradbury died in 2012 at the age of 91.

The Machineries of Joy