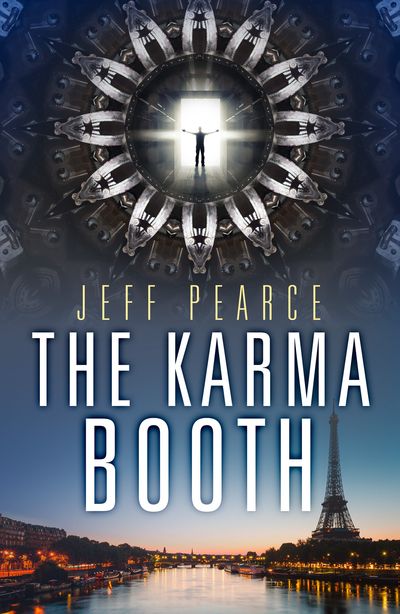 They say that executing a murderer won’t bring your loved one back. But now it can.

Scientists have developed a new technology that has terrifying repercussions. The Karma Booth can execute a murderer and return their victims to life. But at what cost?

Ethics consultant Timothy Cale is hired by the US government to investigate this earth-shattering breakthrough and makes a startling discovery. The returned victims possess disturbing abilities.

When notorious war criminal Viktor Limonov escapes from a Karma Booth execution unharmed, it’s up to Cale to stop him before he murders every returned victim across the globe.

Author: Jeff Pearce
Format: Paperback
Release Date: 13/08/2015
Pages: 392
Print on Demand: No stock held, printed to order.
ISBN: 978-0-00-812059-7
Jeff Pearce has had an eclectic career as a radio talk show host, a farm reporter (without ever seeing a farm),a ghostwriter for an Indian community newspaper and a journalism teacher in Burma. He has also written several works of historical non-fiction. He can be found on Twitter @jeffpropulsion

They say that executing a murderer won't bring your loved one back. But now it can.