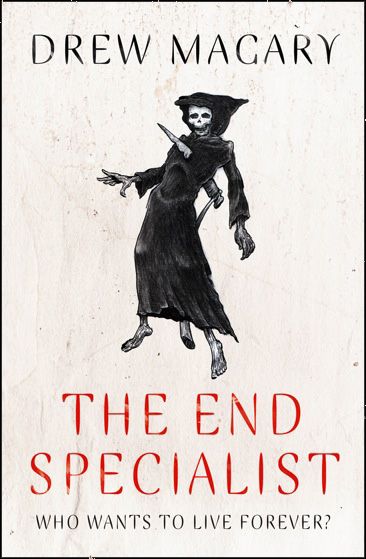 “You got me. I don’t want to die. I’m terrified of death. I fear there’s nothing beyond it and that this existence is the only one I’ll ever possess. That’s why I’m here.”(An excerpt from the digital journal of John Farrell, cure age 29)

2019. Humanity has witnessed its greatest scientific breakthrough yet: the cure for ageing. Three injections and you’re immortal – not bulletproof or disease-proof but you’ll never have to fear death by old age.

For John Farrell, documenting the cataclysmic shifts to life after the cure becomes an obsession. Cure parties, cycle marriages, immortal livestock: the world is revelling in the miracles of eternal youth. But immortality has a sinister side, and when a pro-death terrorist explosion kills his newly-cured best friend, John soon realizes that even in a world without natural death, there is always something to fear.

Now, John must make a new choice: run and hide forever, or stay and fight those who try to make immortal life a living hell.

The e-book edition contains exclusive extra content – for those who want to find out even more consequences of the cure for ageing.

Author: Drew Magary
Format: Paperback
Release Date: 29/09/2011
Pages: 400
ISBN: 978-0-00-742908-0
Drew Magary is a writer for Deadspin, NBC, Maxim magazine, and Kissing Suzy Kolber. He's also written for GQ, New York Magazine, ESPN, Yahoo!, Playboy, Penthouse, and various other media outlets. His first book, "Men With Balls," was released in 2008. This is his first novel. He lives in Maryland with his wife and children.