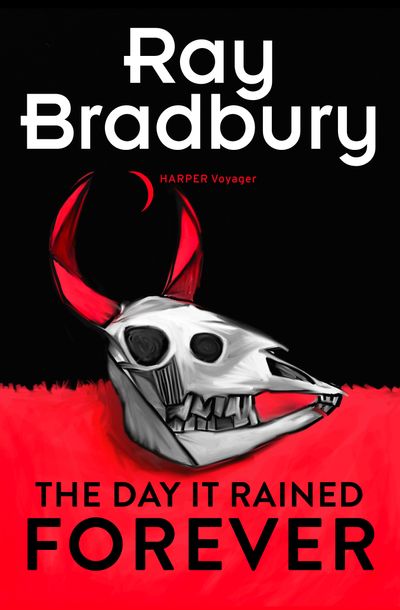 The Day it Rained Forever

In a ghost town hotel in a burning desert three old men await the January rains – and are visited by a strange musician. A family of colonists on Mars are homesick for Earth. Terrified, they begin to notice that each is undergoing a subtle transformation. A man seeks the forgotten scent of sarsaparilla in his attic – and passes through a window into the lost land of his boyhood. The Day It Rained Forever includes many of Ray Bradbury’s most celebrated stories.

Author: Ray Bradbury
Format: Other Format
Release Date: 21/08/2014
ISBN: 978-0-00-753981-9
One of the greatest science fiction and fantasy writers of all time, Ray Bradbury was born in Waukegan, Illinois, in 1920. He moved with his family to Los Angeles in 1934. Since his first story appeared in Weird Tales when he was twenty years old, he published some 500 short stories, novels, plays, scripts and poems. Among his many famous works are Fahrenheit 451, The Illustrated Man and The Martian Chronicles. Ray Bradbury died in 2012 at the age of 91.

The Day it Rained Forever