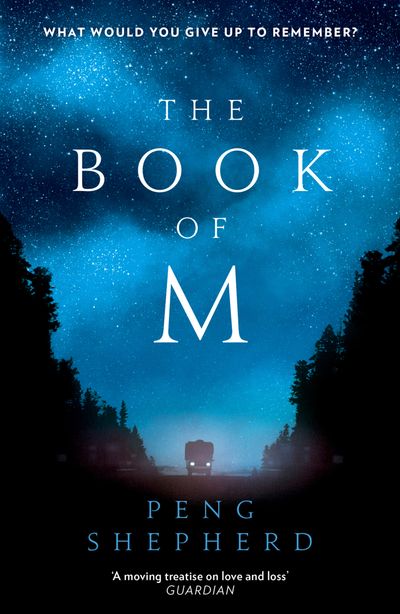 The Book of M

A vivid, touching and original debut, following the effects of an extraordinary catastrophe on very ordinary people.

In the middle of a market in India, a man’s shadow disappears. As rolling twenty-four-hour news coverage tries to explain the event, more cases are discovered. The phenomenon spreads like a plague as people learn the true cost of their lost part: their memories.

Two years later, Ory and his wife Max have escaped ‘the Forgetting’ by hiding in an abandoned hotel deep in the woods in Virgina. They have settled into their new reality, until Max, too, loses her shadow.

Knowing the more she forgets, the more dangerous she will become to the person most precious to her, Max runs away. But Ory refuses to give up what little time they have left before she loses her memory completely, and desperately follows her trail.

On their separate journeys, each searches for answers: for Ory, about love, about survival, about hope; and for Max, about a mysterious new force growing in the south that may hold the cure. But neither could have guessed at what you gain when you lose your shadow: the power of magic.

A breathtakingly imaginative, timeless story that explores fundamental questions about memory and love—the price of forgetting, the power of connection, and what it means to be human when your world is turned upside down.

Author: Peng Shepherd
Format: Other Format
Release Date: 28/06/2018
ISBN: 978-0-00-822562-9
Peng was born and raised in Phoenix, Arizona, where she rode horses and trained in classical ballet. She earned her M.F.A. in creative writing from New York University, and has lived in Beijing, London, Los Angeles, Washington D.C., Philadelphia, and New York. The Book of M is her first novel.Visit Peng online at pengshepherd.com, and find her on Facebook and Twitter: @pengshepherd.

The Book of M

A vivid, touching and original debut, following the effects of an extraordinary catastrophe on very ordinary people.