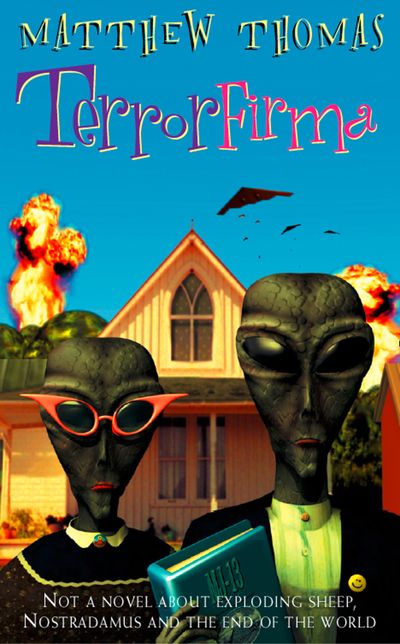 ‘Blessed are the meek, for they shall be stamped upon.’ From the massively successful author that brought you exploding sheep (Before & After) comes the conspiracy theory to end them all.

If you’re a cynic, you’re a sucker. ‘They’ want you to believe in aliens, UFOs and ghosts, because if you go chasing lies, you never get to the truth. ‘They’ are the ultra-secret world ‘Committee’ – the real decision makers who tell governments what to do, dictate which way the stock market’s heading, start up a few wars when things get boring. They’ve had five centuries’ experience at the top to know that nothing spreads a rumour faster than a carefully worded denial. Unfortunately, the ‘Committee’ have been so busy manipulating the entire globe they haven’t realised that they themselves are being manipulated.

From opposite sides of the globe, former US commando Frank MacIntyre, and UFO enthusiast Dave Pierce, are about to stumble on the biggest conspiracy theory of all. And it’s a discovery that threatens to destabalise the whole planet.

The meek have just put on their boots, and they’re ready to do a bit of stamping themselves.

‘Blessed are the meek, for they shall be stamped upon.’ From the massively successful author that brought you exploding sheep (Before & After) comes the conspiracy theory to end them all.