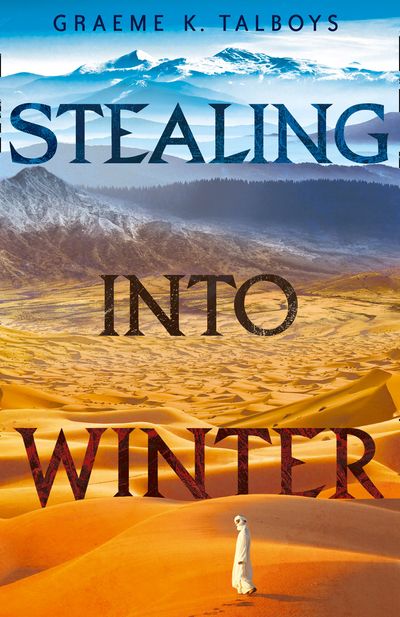 A breathtaking tale of adventure, survival and loyalty.

When the thief Jeniche finds her prison cell collapsing around her, she knows it is not going to be a good day.

Certainly, the last thing she wanted once she escaped was to become involved with a group of monks and nuns being hunted by the Occassan soldiers who have invaded the city. Nor did she want to help the group flee by being their guide through the desert and mountains. Unfortunately, Jeniche’s skills are their only hope of making it out alive.

But the soldiers are not the only danger waiting for them in the mountains.

Author: Graeme K. Talboys
Format: Paperback
Release Date: 28/01/2016
Pages: 298
Print on Demand: No stock held, printed to order.
ISBN: 978-0-00-812044-3
Graeme K. Talboys was born in Hammersmith. In between teaching in schools and museums, he has published eight works of non-fiction (on museum education, drama, and matters spiritual). He has also written more than a dozen novels. The first (written when he was seventeen) was lost on a train. The next two (written in his early twenties) he wishes had been. Thankfully, he’s had considerably more success with writing since then. His previous jobs have included stacking shelves, pot boy and sandwich maker, and sweeping factory floors. As an adult his first job was teaching Drama and English. Some of his pupils still speak to him.

A breathtaking tale of adventure, survival and loyalty.