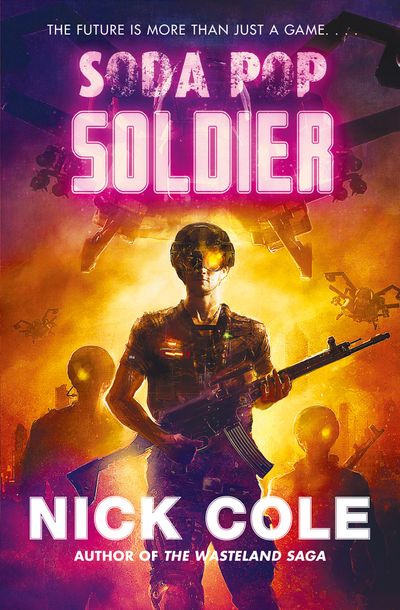 Call of Duty meets Diablo in this fast-paced, action-packed novel from the author of The Wasteland Saga.

But when times are tough, there’s always the Black, an illegal open-source tournament where the sick and twisted desires of the future are given free rein.

And all too soon, the real and virtual worlds collide when PerfectQuestion refuses to become the tool of a mad man intent on hacking the global economy for himself, and fights to stay alive – in WarWorld, in the Black, and in the real world.

Author: Nick Cole
Format: Paperback
Release Date: 29/01/2015
Pages: 364
ISBN: 978-0-00-810857-1
Nick Cole is an army veteran and working actor living in Southern California. When he is not auditioning for commercials, going out for sitcoms, or being shot, kicked, stabbed, or beaten by film-school students, the author of The Wasteland Saga can often be found working as a guard for King Phillip II of Spain or in a similar role in Don Carlo at Los Angeles Opera.

Call of Duty meets Diablo in this fast-paced, action-packed novel from the author of The Wasteland Saga.