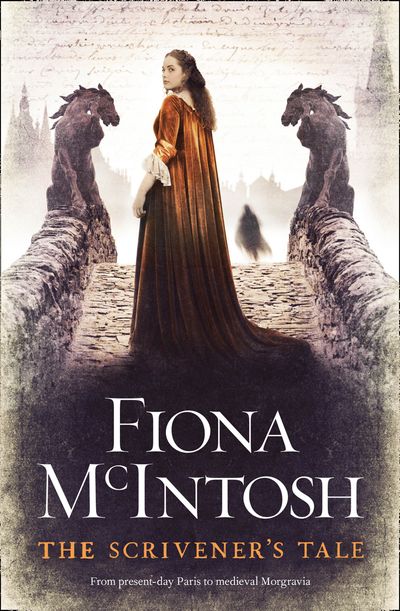 In the bookshops and cafes of present-day Paris, ex-psychologist Gabe Figaret is trying to put his shattered life back together. When another doctor, Reynard, asks him to help with a delusional female patient, Gabe is reluctant… until he meets her. At first Gabe thinks the woman, Angelina, is merely terrified of Reynard, but he quickly discovers she is not quite what she seems.

As his relationship with Angelina deepens, Gabe’s life in Paris becomes increasingly unstable. He senses a presence watching and following every move he makes, and yet he finds Angelina increasingly irresistible.

When Angelina tells Gabe he must kill her and flee to a place she calls Morgravia, he is horrified. But then Angelina shows him that the cathedral he has dreamt about since childhood is real and exists in Morgravia.

Soon, Gabe’s world will be turned upside down, and he will learn shocking truths about who he is . . . and who he can – or cannot – trust.

A fantastic, action-packed adventure starting in Paris and returning to Morgravia – this is a page turning, epic adventure.

Author: Fiona McIntosh
Format: Paperback
Release Date: 03/01/2013
Pages: 512
ISBN: 978-0-00-750393-3
Originally from Brighton, Fiona McIntosh moved to Australia in her teens and forged a successful career in travel - running a business with her husband - before becoming a writer. She continues her work and on top of this not only writes at least two books a year, but also spearheads the Fab Fantasy Bookclub - Australia's premier fantasy bookclub. She lives in southern Australia with her husband, her two lovely sons, two mad dogs and two insane birds.