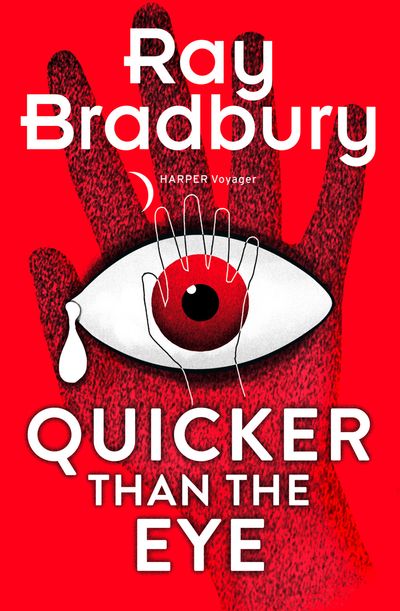 Quicker than the Eye

The internationally acclaimed author of The Martian Chronicles, The Illustrated Man, and Fahrenheit 451, Ray Bradbury is a magician at the height of his powers, displaying his sorcerer’s skill with twenty-one remarkable stories that run the gamut from total reality to light fantastic, from high noon to long after midnight. A true master tells all, revealing the strange secret of growing young and mad; opening a Witch Door that links two intolerant centuries; joining an ancient couple in their wild assassination games; celebrating life and dreams in the unique voice that has favoured him across six decades and has enchanted millions of readers the world over.

Author: Ray Bradbury
Format: Other Format
Release Date: 21/08/2014
ISBN: 978-0-00-754169-0
One of the greatest science fiction and fantasy writers of all time, Ray Bradbury was born in Waukegan, Illinois, in 1920. He moved with his family to Los Angeles in 1934. Since his first story appeared in Weird Tales when he was twenty years old, he published some 500 short stories, novels, plays, scripts and poems. Among his many famous works are Fahrenheit 451, The Illustrated Man and The Martian Chronicles. Ray Bradbury died in 2012 at the age of 91.

Quicker than the Eye