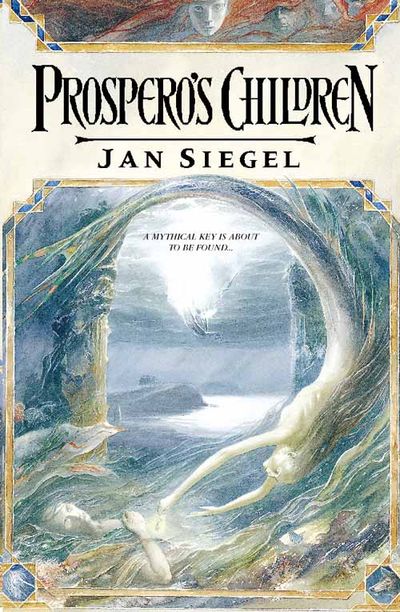 English fantasy at its finest, the first in this exciting new trilogy steps into the gap that exists between The Lion, the Witch and the Wardrobe and Clive Barker’s Weaveworld.

A mysterious, isolated house awaits sixteen-year-old Fern and her brother Will for the summer holidays. As the old house reveals its secrets, their familiar world starts to fracture, giving access to a magical and corrupt land destroyed thousands of years ago.

For hidden in the house is a talisman which has been sought by the forces of good and evil for millennia. And only someone possessed of the Gift can use it.

Soon, Fern finds herself being courted by the enigmatic wanderer, Ragginbone, and the sinister art-dealer, Javier Holt, who know that she has the Gift. Both want her to find the talisman, and use it to unlock the door, but what awaits her on the other side…?

This is English fantasy at its finest. Prospero’s Children steps into the gap that exists between The Lion, the Witch and the Wardrobe and Clive Barker’s Weaveworld, and is destined to become a modern classic.

Author: Jan Siegel
Format: Other Format
Release Date: 01/05/2009
ISBN: 978-0-00-732180-3
Jan Siegel has already lived through one lifetime – during which she travelled the world and supported herself through a variety of professions, including those of actress, barmaid, garage hand, laboratory assistant, journalist and model. Her new life is devoted to her writing, but she also finds time to ride, ski and attend the opera.

English fantasy at its finest, the first in this exciting new trilogy steps into the gap that exists between The Lion, the Witch and the Wardrobe and Clive Barker’s Weaveworld.