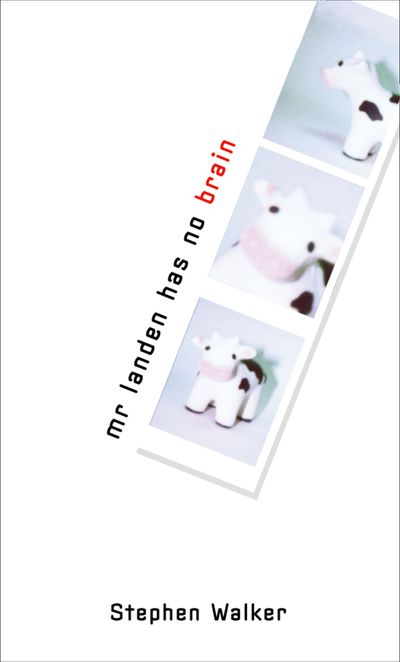 Mr Landen Has No Brain

Sally manages her uncle’s caravan park. He’s ordered her to keep the park dull; the town council – feeling that the resort’s image is being damaged by the liveliness of its caravan parks – has promised a million pounds to the least exciting park in Wyndam-on-sea. If that million pounds isn’t won, the park will close.

18 year-old Teena Rama is 148.7% too beautiful – and gaining a percentage point every two days. Soon no one will be able to meet her without falling in love.

Mr Landen has no brain. But he does have a tub of margerine between his ears.

These three facts are somehow related.

Author: Stephen Walker
Format: Electronic book text
Release Date: 31/03/2016
ISBN: 978-0-00-740088-1
Raised by wolves, Stephen Walker was born in that Pennine Shangri-la, Sheffield. Like all the town’s inhabitants, he is immortal. Over the years, he’s unearthed numerous people stupid enough to employ him as a graphic artist and mural designer. But his first love is unemployment, to which he one day hopes to return. Semi-retired, he spends his days entertaining visitors by playing piano in the style of Mrs Mills while pondering the mysteries of this and other worlds.

Mr Landen Has No Brain