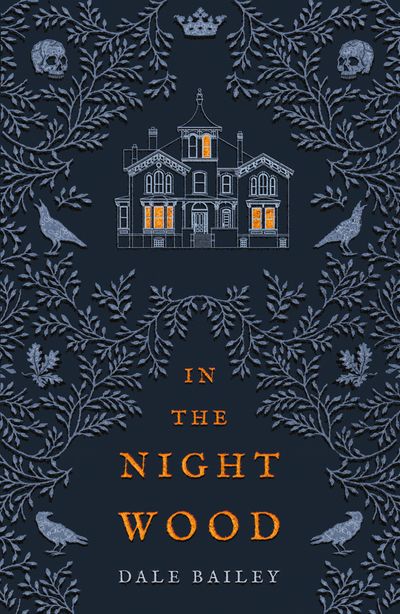 In the Night Wood

A FOREST. A BOOK. A MISSING GIRL.

BEST BOOKS OF THE YEAR – TOR.COM

Charles Hayden has been fascinated by a strange Victorian fairy tale, In the Night Wood, since he was a child. When his wife, Erin – a descendant of the author – inherits her ancestor’s house, the couple decide to make it their home. Still mourning the recent death of their daughter, they leave America behind, seeking a new beginning in the English countryside.

But Hollow House, filled with secrets and surrounded by an ancient oak forest, is a place where the past seems very much alive. Isolated among the trees, Charles and Erin begin to feel themselves haunted – by echoes of the stories in the house’s library, by sightings of their daughter, and by something else, as old and dark as the forest around them.

A compelling and atmospheric gothic thriller, In the Night Wood reveals the chilling power of myth and memory.

Author: Dale Bailey
Format: Other Format
Release Date: 07/02/2019
ISBN: 978-0-00-832917-4
Dale Bailey is the critically-acclaimed author of seven books, including The End of the End of Everything and The Subterranean Season. His story ‘Death and Suffrage’ was adapted for Showtime’s Masters of Horror television series. His short fiction has won the Shirley Jackson Award and the International Horror Guild Award, has been nominated for the Nebula and Bram Stoker awards, and has been frequently reprinted in best-of-the-year anthologies, including Best American Science Fiction and Fantasy. He lives in North Carolina with his family.

In the Night Wood

A FOREST. A BOOK. A MISSING GIRL.

BEST BOOKS OF THE YEAR – TOR.COM