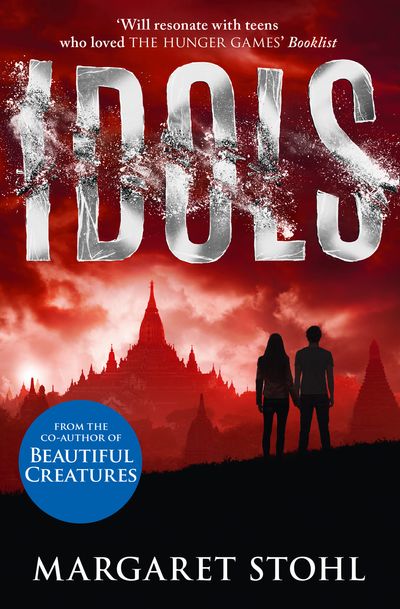 The Icons came from the sky. They belong to an inhuman enemy. They ended our civilization, and they can kill us…

Dol, Ro, Tima, and Lucas are the four Icon Children, the only humans immune to the Icon’s power to stop a human heart. Now that Los Angeles has been saved, things are more complicated – and not just because Dol has to choose between Lucas and Ro, the two great loves of her life. As she flees to a resistance outpost hidden beneath a mountain, Dol makes contact with a fifth Icon Child, if only through her visions. When Dol and the others escape to Southeast Asia in search of this missing child, Dol’s dreams, feelings and fears collide in an epic showdown that will change more than just four lives – and stop one heart forever.

In this riveting sequel to Icons, filled with nonstop action and compelling romance, bestselling author Margaret Stohl explores what it means to be human and how our greatest weakness can be humanity’s strongest chance at survival.