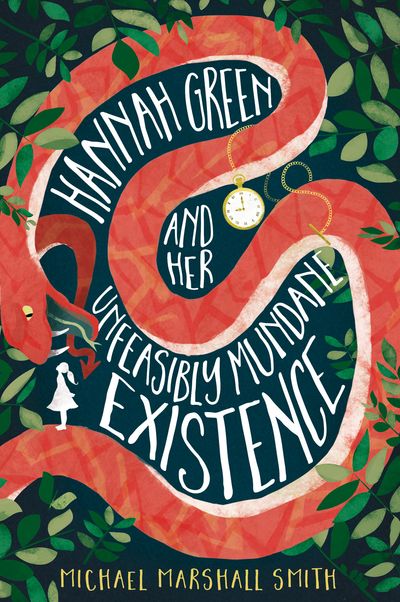 An unpredictable, poignant, and captivating tale for readers of all ages, by the critically acclaimed author of Only Forward.

There are a million stories in the world. Most are perfectly ordinary.

Hannah Green actually thinks her story is more mundane than most. But she’s about to discover that the shadows in her life have been hiding a world where nothing is as it seems: that there’s an ancient and secret machine that converts evil deeds into energy, that some mushrooms can talk — and that her grandfather has been friends with the Devil for over a hundred and fifty years, and now they need her help.

Author: Michael Marshall Smith
Format: Other Format
Release Date: 27/07/2017
ISBN: 978-0-00-823793-6
Michael Marshall Smith is a novelist and screenwriter. Only Forward, his groundbreaking first novel, won the Philip K. Dick and August Derleth Awards. Its critically acclaimed successors SPARES and ONE OF US were optioned by major Hollywood studios. He has since written the internationally bestselling novels THE STRAW MEN, THE LONELY DEAD and BLOOD OF ANGELS, and his menacing thriller, THE INTRUDERS, was adapted as a major BBC television series. He lives in California with his wife, son and two cats.

An unpredictable, poignant, and captivating tale for readers of all ages, by the critically acclaimed author of Only Forward.