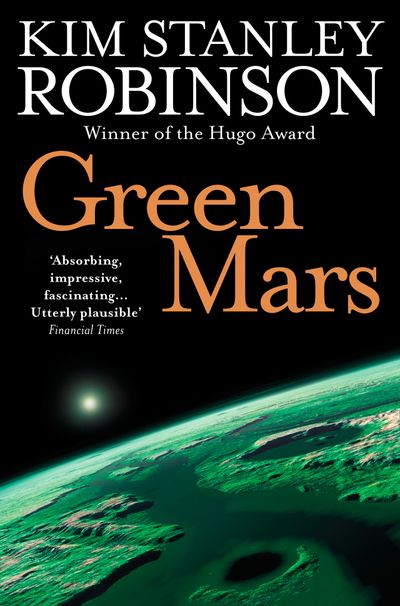 The second volume in the bestselling Mars trilogy – and now part of the Voyager Classics collection.

Mars can be plundered – for the benefit of a ravaged Earth. It can be terraformed to suit Man’s needs – frozen lakes form, lichen grows, the atmosphere slowly becomes breathable. But most importantly, Mars can be owned. On Earth, countries are bought and sold by the transnationals. Why not Mars too?

Man’s dream is underway, but so is his greatest test. The survivors of the First Hundred – Hiroko, Nadia, Maya and Simon among them – know that technology alone is not enough. Trust and co-operation are need to create a new world – but these qualities are as thin on the ground as the air they breathe.

Author: Kim Stanley Robinson
Format: Other Format
Release Date: 11/04/2013
ISBN: 978-0-00-740209-0
Kim Stanley Robinson was born in 1952 and, after travelling and working around the world, has now settled in his beloved California. He is widely regarded as the finest science fiction writer working today, noted as much for the verisimilitude of his characters as the meticulously researched hard science basis of his work. He has won just about every major sf award there is to win.

The second volume in the bestselling Mars trilogy – and now part of the Voyager Classics collection.