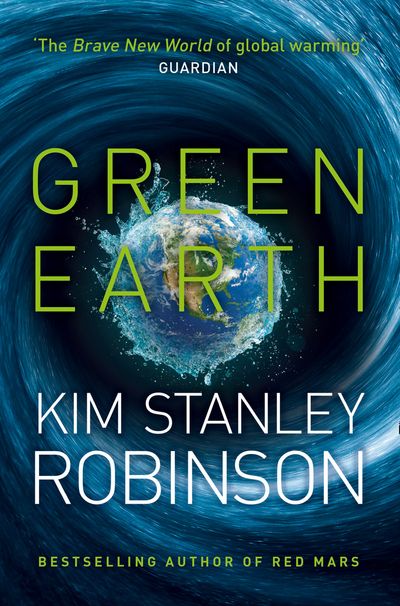 GREEN EARTH takes the stories first told in FORTY SIGNS OF RAIN, FIFTY DEGREES BELOW and SIXTY DAYS AND COUNTING and combines them in a fully updated, compressed and compelling single volume.

Catastrophe is in the air. Increasingly strange weather events are pummelling the Earth. When the Gulf Stream shuts down and the Antarctic ice sheet starts melting, climate extremes multiply, and some winters hit like an ice age.

New U.S. President Phil Chase is on a mission: he’s determined to solve climate change. His science advisor, Frank Vanderwal, is a bit more messed up. When massive floods hit Washington, Frank finds himself living in a treehouse and in love with a woman who’s definitely not what she seems, one who will draw him into the shadowy world of Homeland Security, and other, blacker agencies.

Only science can save the day. Frank knows he has to find a way to save the world so that science can proceed.

Author: Kim Stanley Robinson
Format: Other Format
Release Date: 05/11/2015
ISBN: 978-0-00-813955-1
Kim Stanley Robinson was born in 1952. After travelling and working around the world, he settled in his beloved California. He is widely regarded as the finest science fiction writer working today, noted as much for the verisimilitude of his characters as the meticulously researched hard science of his work. He has won just about every major SF award there is to win.

GREEN EARTH takes the stories first told in FORTY SIGNS OF RAIN, FIFTY DEGREES BELOW and SIXTY DAYS AND COUNTING and combines them in a fully updated, compressed and compelling single volume.