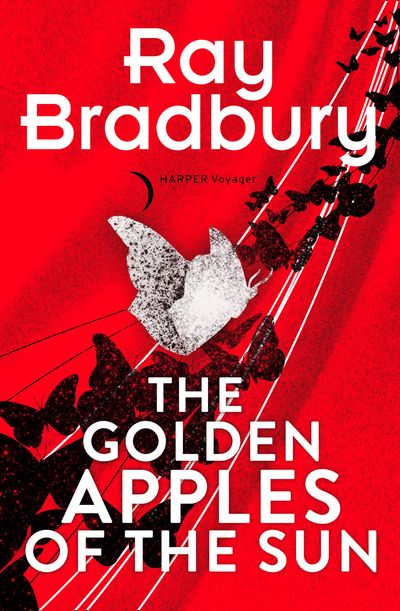 Golden Apples of the Sun

This collection contains thirty-two of Ray Bradbury’s most famous tales – prime examples of the poignant and mysterious poetry which Bradbury uniquely uncovers in the depths of the human soul.

From a lonely coastal lighthouse to a sixty-million-year-old safari, from the pouring rain of Venus to the ominous silence of a murder scene, Ray Bradbury is our sure-handed guide not only to surprising and outrageous manifestations of the future, but also to the wonders of the present that we could never have imagined on our own.

Author: Ray Bradbury
Format: Other Format
Release Date: 09/01/2014
ISBN: 978-0-00-754171-3
One of the greatest science fiction and fantasy writers of all time, Ray Bradbury was born in Waukegan, Illinois, in 1920. He moved with his family to Los Angeles in 1934. Since his first story appeared in Weird Tales when he was twenty years old, he published some 500 short stories, novels, plays, scripts and poems. Among his many famous works are Fahrenheit 451, The Illustrated Man and The Martian Chronicles. Ray Bradbury died in 2012 at the age of 91.

Golden Apples of the Sun