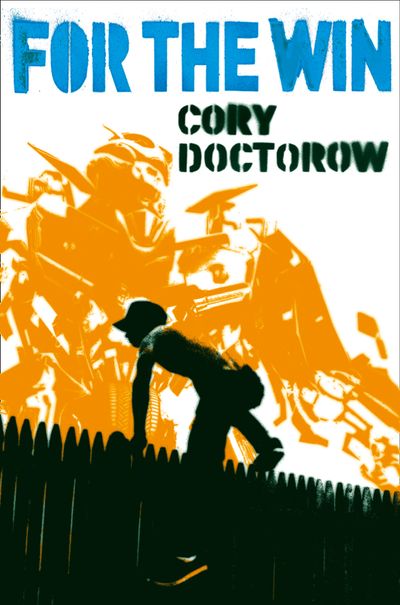 A provocative and exhilarating tale of teen rebellion against global corporations from the New York Times bestselling author of Little Brother – a call to arms for a new generation.

Not far in the future…

In the twenty-first century, it’s not just capital that’s globalized: labour is too. Workers in special economic zones are trapped in lives of poverty with no trade unions to represent their rights. But a group of teenagers from across the world are set to fight this injustice using the most surprising of tools – their online video games.

In Industrial South China Matthew and his friends labour day and night as gold-farmers, amassing virtual wealth that’s sold on to rich Western players, while in the slums of Mumbai ‘General Robotwallah’ Mala marshalls her team of online thugs on behalf of the local gang-boss, who in turn works for the game-owners. They’re all being exploited, as their friend Wei-Dong, all the way over in LA, knows, but can do little about.

Until they begin to realize that their similarities outweigh their differences, and agree to work together to claim their rights to fair working conditions. Under the noses of the ruling elites in China and the rest of Asia, they fight their bosses, the owners of the games and rich speculators, outsmarting them all with their unbeatable gaming skills. But soon the battle will spill over from the virtual world to the real one, leaving Mala, Matthew and even Wei-Dong fighting not just for their rights, but for their lives…

Author: Cory Doctorow
Format: Other Format
Release Date: 31/01/2013
ISBN: 978-0-00-750732-0
Canadian-born Cory Doctorow is the author of the New York Times bestselling novel Little Brother. He has won the Locus Award for his fiction three times, been nominated for both the Hugo and the Nebula, and is the only author to have won both the John W. Campbell Award for Best New Writer and the Campbell Award for best SF Novel of the Year. He is the co-editor of BoingBoing.net, writes columns for Make, Information Week, the Guardian online and Locus and has been named one of the internet's top 25 influencers by Forbes magazine and a Young Global Leader by the World Economic Forum. Cory Doctorow lives in London with his wife and daughter.

A provocative and exhilarating tale of teen rebellion against global corporations from the New York Times bestselling author of Little Brother – a call to arms for a new generation.