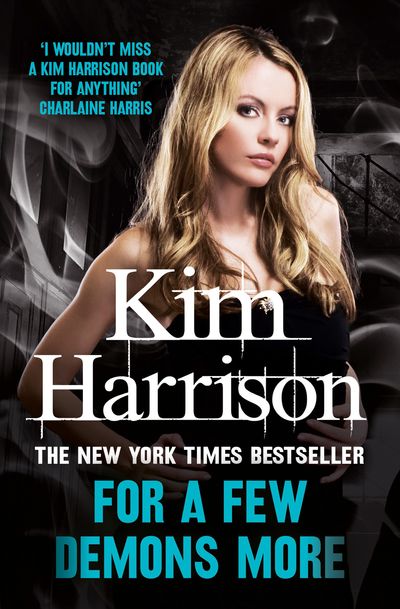 For a Few Demons More

Bargaining with demons has left Rachel Morgan in constant danger of losing her soul.

As if being famous in the underworld – for all the wrong reasons – and sharing her home with a vampire and her jealous girlfriend didn’t make her vulnerable enough, one night Rachel finds demons ransacking her home with no fear of sanctified ground. They are searching for something they believe Rachel to possess – a danger that Rachel thought was well hidden and secret.

But when the human morgue starts to fill up with partially-turned lupine women who have been brutally murdered, Rachel realises that someone else knows the Focus still exists and that she may have been betrayed.

Author: Kim Harrison
Format: Paperback
Release Date: 11/09/2014
Pages: 528
ISBN: 978-0-00-757887-0
Kim Harrison was born and raised in the upper Midwest. After gaining her bachelors in the sciences, she moved to South Carolina, where she remained until recently moving back to Michigan because she missed the snow. When not at her desk, she's most likely to be found landscaping her new/old Victorian home, or scouring antique shops to fill it.

For a Few Demons More