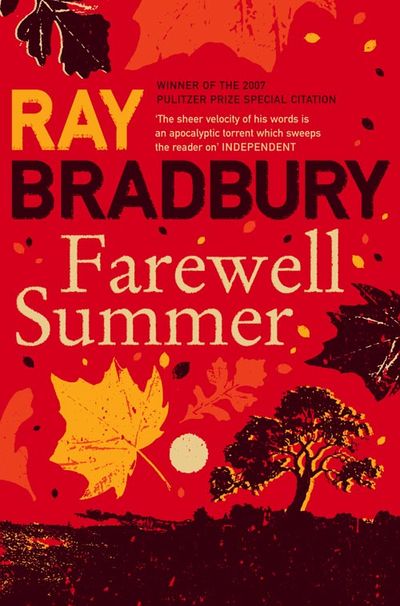 In Green Town Illinois, Douglas Spaulding is in the midst of a small civil war with the old pitted against the young in this, the second book in Bradbury’s semi-fictionalised account of his childhood. As the school board’s figure of authority Mr Calvin C. Quartermain attempts to outwit the boys at every turn, their antics increase and become ever more daring and mischevious. Once the shadow of winter draws across Green Town, the boys quickly realise that their enemy is not so much the senior members of their own community, but rather time itself which is ever ebbing away, just beyond the reach of their most daring trick yet: a bold attempt to sabotage the town’s clock.

Author: Ray Bradbury
Format: Paperback
Release Date: 01/12/2008
Pages: 176
ISBN: 978-0-00-728475-7
One of the greatest science fiction and fantasy writers of all time, Ray Bradbury was born in Waukegan, Illinois, in 1920. He moved with his family to Los Angeles in 1934. Since his first story appeared in Weird Tales when he was twenty years old, he published some 500 short stories, novels, plays, scripts and poems. Among his many famous works are Fahrenheit 451, The Illustrated Man and The Martian Chronicles. Ray Bradbury died in 2012 at the age of 91.