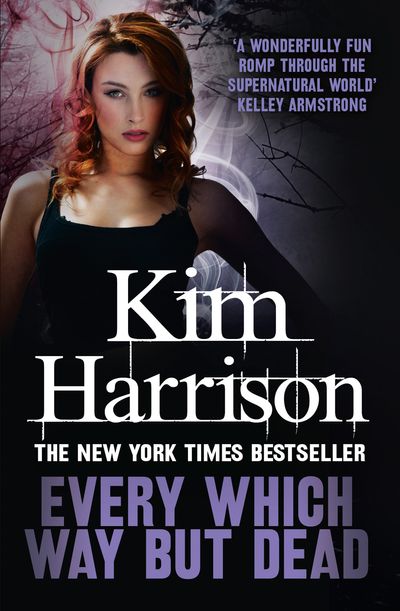 From New York Times best-selling author, Kim Harrison, comes the third book in her brilliant Hollows series; packed with the perfect balance of wry humour and thrilling action, which will delight fans of thrillers and fantasy alike.

If you make a deal with the devil, can you still save your soul?

To avoid becoming the love-slave of a depraved criminal vampire, bounty-hunter and witch, Rachel Morgan, is cornered into a deal that could promise her an eternity of suffering.

But eternal damnation is not Rachel’s only worry. Her vampire roommate, Ivy, has rediscovered her taste for blood and is struggling to keep their relationship platonic, her boyfriend, Nick, has disappeared – perhaps indefinitely, and she’s being stalked by an irate pack of werewolves.

And then there’s also the small matter of the turf war raging in Cincinnati’s underworld; one that Rachel began and will have to finish before she has the smallest hope of preserving her own future.

Author: Kim Harrison
Format: Paperback
Release Date: 05/01/2012
Pages: 400
ISBN: 978-0-00-745977-3
Kim Harrison was born and raised in the upper Midwest. After gaining her bachelors in the sciences, she moved to South Carolina, where she remained until recently moving back to Michigan because she missed the snow. When not at her desk, she's most likely to be found landscaping her new/old Victorian home, or scouring antique shops to fill it.

From New York Times best-selling author, Kim Harrison, comes the third book in her brilliant Hollows series; packed with the perfect balance of wry humour and thrilling action, which will delight fans of thrillers and fantasy alike.