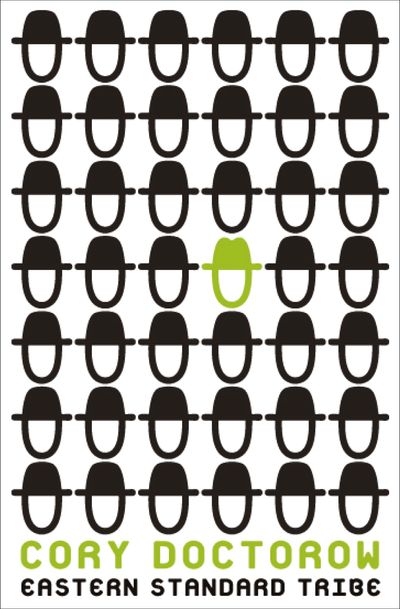 Now published for the first time in the UK, the second visionary novel from the acclaimed author of LITTLE BROTHER.

Art is an up-and-coming interface designer, working on the management of data flow along the Massachusetts Turnpike. He’s doing the best work of his career and can guarantee that the system will be, without question, the most counterintuitive, user-hostile piece of software ever pushed forth into the world.

Why? Because Art is an industrial saboteur. He may live in London and work for an EU telecommunications mega-corp, but Art’s real home is the Eastern Standard Tribe.

Instant wireless communication puts everyone in touch with everyone else, twenty-four hours a day. But one thing hasn’t changed: the need for sleep. The world is slowly splintering into tribes held together by a common time zone, less than family and more than nations. Art is working to humiliate the Greenwich Mean Tribe to the benefit of his own people. But in a world without boundaries, nothing can be taken for granted – not happiness, not money, certainly not love.

Which might explain why Art finds himself stranded on the roof of an insane asylum outside Boston, debating whether to push a pencil into his brain…

Author: Cory Doctorow
Format: Other Format
Release Date: 31/01/2013
ISBN: 978-0-00-750602-6
Canadian-born Cory Doctorow is the author of the New York Times bestselling novel Little Brother. He has won the Locus Award for his fiction three times, been nominated for both the Hugo and the Nebula, and is the only author to have won both the John W. Campbell Award for Best New Writer and the Campbell Award for best SF Novel of the Year. He is the co-editor of BoingBoing.net, writes columns for Make, Information Week, the Guardian online and Locus and has been named one of the internet's top 25 influencers by Forbes magazine and a Young Global Leader by the World Economic Forum. Cory Doctorow lives in London with his wife and daughter.

Now published for the first time in the UK, the second visionary novel from the acclaimed author of LITTLE BROTHER.