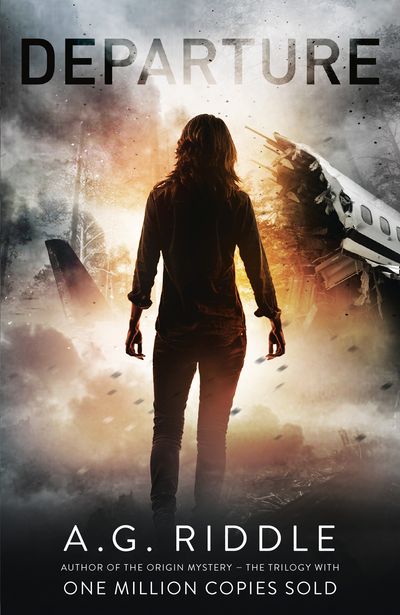 By A. G. Riddle
Retailers

From the author of THE ORIGIN MYSTERY – the trilogy with ONE MILLION COPIES SOLD. En route from London to New York, Flight 305 suddenly loses power and crash-lands in the English countryside, plunging a group of strangers into a mysterious adventure that will have repercussions for all of humankind.

Struggling to stay alive, the survivors soon realize that the world they’ve crashed in is very different from the one they left. But where are they? Why are they here? And how will they get back home?

As more facts about the crash emerge, it becomes clear that some in this group know more than they’re letting on – answers that will lead Harper and Nick to uncover a far-reaching conspiracy involving their own lives. As they begin to piece together the truth, they discover they have the power to change the future and the past – to save our world . . . or end it.

Author: A. G. Riddle
Format: Other Format
Release Date: 22/10/2015
ISBN: 978-0-00-815688-6
A.G. Riddle spent ten years starting internet companies before retiring to pursue his true passion: writing fiction.His debut novel, THE ATLANTIS GENE, is the first book in The Origin Mystery, the trilogy that has sold a million copies in the US, is being translated into 18 languages, and is in development to be a major motion picture.Riddle grew up in a small town in North Carolina (Boiling Springs) and graduated from UNC-Chapel Hill. During his sophomore year of college, he started his first company with a childhood friend. He currently lives in Parkland, Florida with his wife, who endures his various idiosyncrasies in return for being the first to read his new novels.No matter where he is, or what's going on, he tries his best to set aside time every day to answer emails and messages from readers. You can reach him at: ag@agriddle.com

From the author of THE ORIGIN MYSTERY – the trilogy with ONE MILLION COPIES SOLD. En route from London to New York, Flight 305 suddenly loses power and crash-lands in the English countryside, plunging a group of strangers into a mysterious adventure that will have repercussions for all of humankind.