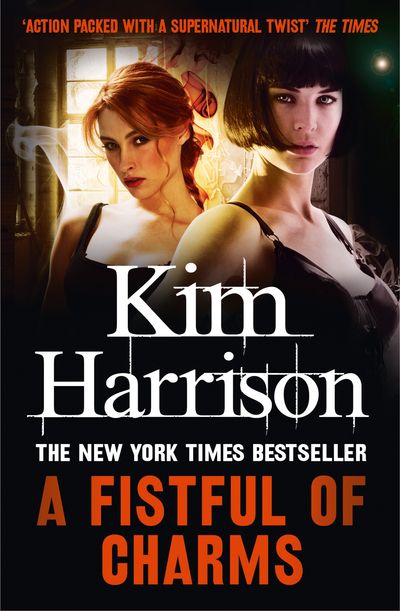 A Fistful of Charms

From New York Times best-selling author, Kim Harrison, comes the fourth book in her brilliant Hollows series; packed with the perfect balance of wry humour and thrilling action, which will delight fans of thrillers and fantasy alike.

There’s no rest for the wicked, even when the taint on your soul isn’t your fault.

It would be wise for witch and bounty hunter, Rachel Morgan, to keep a low profile right now. Her new reputation for the dark arts has piqued the interest of Cincinnati’s night-prowlers, who despise her and long to bring an end to her interference, one way or another.

Nevertheless, Rachel must risk exposure. Her ex-boyfriend, Nick, has stolen a priceless Were artefact, and, as tempting as it may be to let the Weres him apart, Rachel feels obliged to attempt a rescue. But other sinister forces also covet the relic Nick has hidden. Some who desire it so badly, they will take the city – and everyone in it – apart to wield its frightening power.

Author: Kim Harrison
Format: Paperback
Release Date: 05/01/2012
Pages: 432
ISBN: 978-0-00-745978-0
Kim Harrison was born and raised in the upper Midwest. After gaining her bachelors in the sciences, she moved to South Carolina, where she remained until recently moving back to Michigan because she missed the snow. When not at her desk, she's most likely to be found landscaping her new/old Victorian home, or scouring antique shops to fill it.

A Fistful of Charms

From New York Times best-selling author, Kim Harrison, comes the fourth book in her brilliant Hollows series; packed with the perfect balance of wry humour and thrilling action, which will delight fans of thrillers and fantasy alike.