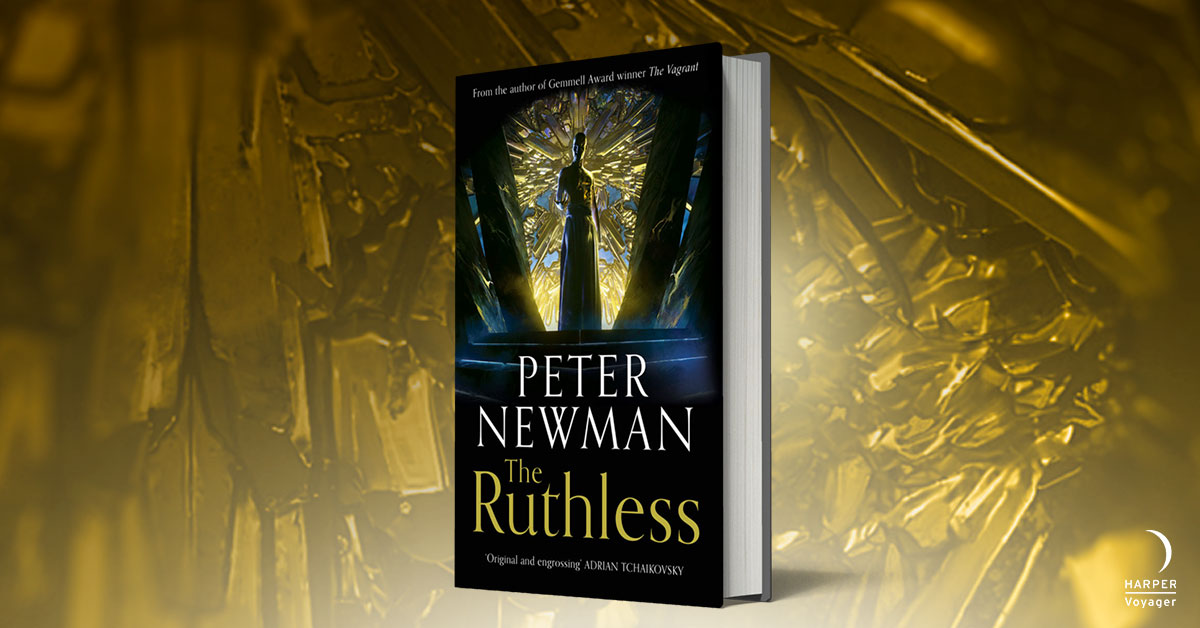 The Wild is Rising by Peter Newman

If you’ve read book 1 (aka The Deathless) then you’ll know what to expect: lurking demons, floating castles, immortals reincarnating into the bodies of their descendants, magical winged power armour, and the occasional five-legged dog. There are lots of different inspirations for the series, from Avatar: The Legend of Korra, to Final Fantasy, to Grimms’ Fairy Tales, and I wanted to combine the fun of high powered, epic characters with the darkest elements of old folklore. This is a world where you don’t go out after dark, you don’t listen to the voices calling from just beyond the treeline, and you never, ever leave the path.

The Ruthless takes place many years after the events of The Deathless, a lifetime for some, and a blink of an eye for others. We get to see a lot more of the Wild in this book, and the power plays between the Deathless houses.

Vasin’s plans are coming to fruition, but time is running out. To halt the decay of House Sapphire and save his mother, he must put all of his lives on the line and openly defy his High Lord. Pari returns to discover that she has only one chance to redeem herself and her brother, and is given a hopeless mission. Meanwhile, Honoured Mother Chandni prepares her son, Satyendra, to receive Lord Rochant’s soul. However, he is less than keen to give up his body…

And, far below, in the forests of the Wild, another child yearns to see the human world. He may be the key to protecting the future of the Deathless Houses or the thing that will destroy them entirely.

The Ruthless is out now from all good booksellers, if you haven’t yet ventured into the wild, you can also buy The Deathless, now available in paperback.