It’s publication day for Joe’s brilliant final instalment of the Shattered Sea trilogy, HALF A WAR. He’s joined us to share his experience of writing this incredible series and releasing the books in quick, reader-pleasing succession.

My plan for the three Shattered Sea books was to write much shorter, tighter, more focused stories than I’d done in the past. My First Law books had averaged around 200,000 words and taken between 14 and 24 months each to write. With the Shattered Sea books I was aiming at around half that length, but I expected them to take a fair bit longer than half the time to write, as I had a new world and characters to develop. The writing of Half a King went a good deal faster than I’d expected, though – I wanted there to be a real page-turning, thriller-like forward momentum to this series, and there was a real sense of freedom and excitement to working in a new world and in a different style to what I’d tried before – experimenting with boiling everything down to its essentials and keeping the pace as fast as possible. The drafting is generally the phase I find most difficult, but once it was planned it only took about eight months to produce a rough draft of Half a King. 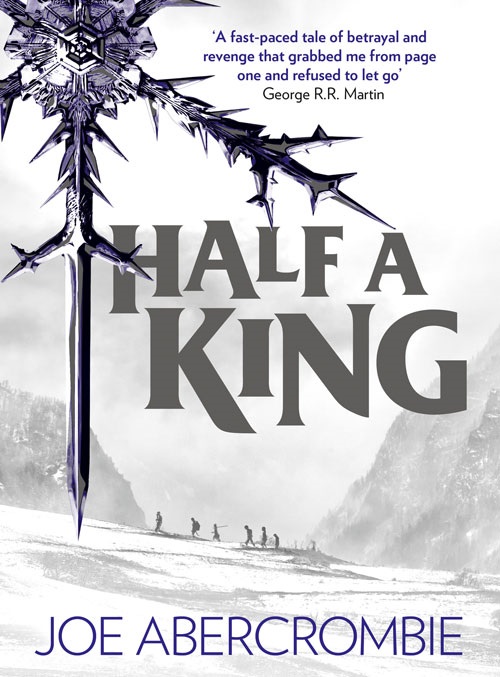 Up until that point I’d been thinking about publishing the books one a year, maybe giving myself a leisurely head start on whatever the next project would be. But once I and my agent started discussing the series with publishers, it started to become clear that it might be a real advantage to publish more quickly, especially since these books were aimed in part at younger readers, who might be that little bit less willing to wait for a next instalment. So we settled on publishing every six months (or, because of the difficulty of publishing around Christmas, the second book seven months after the first, the third five months after that). This turned a leisurely schedule into a pretty packed schedule, but, with the usual authorial hubris, and given how quickly the first book had come together, I didn’t think it would be a major problem. My original (admittedly quite optimistic) schedule, had me turning in an edited version of Half a War by September 2014 and sitting back with a long drink. 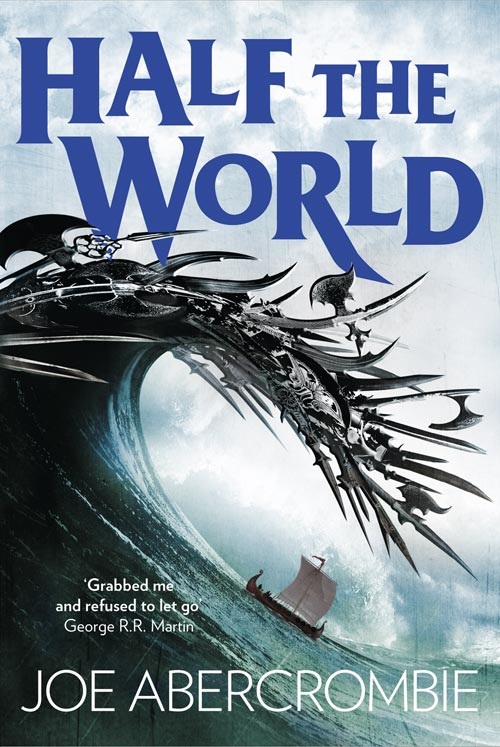 I hadn’t reckoned on a few things, though – I always get somewhat down on a book in the midsection, and spend a great deal of time moaning to my wife about it rather than actually writing it. Half the World and Half a War introduced new points of view and both ended up some 25% longer than Half a King had been. And, of course, while three short books may not take that much longer to write than one massive one, being a writer is not just about writing – you have three times the promotion to do, three times the interviews, three times the art and design to argue over, three times the business decisions. I was forming relationships with some new publishers internationally and that meant a lot more travelling and events than I was used to, so there were a lot of distractions. There were new editorial relationships to work out, and a lot more voices to listen to, collate and (occasionally) ignore than there had been before.

Half the World still ran pretty smoothly, and went down very well with my editors, but it was inevitable that the schedule would get pretty squeezed with Half a War. There was some discussion about delaying the book but I was intent that we should make the original date – delays can be frustrating for writers, publishers, booksellers and readers and really drain the enthusiasm from a series. I got a draft together in time but I think I maybe took my eye off the detail of the writing in my own last round of revisions. My editors weren’t about to let me get away with that, though, thankfully, and gave me a much more punishing set of notes, as well as general instructions to cut and tighten. I spent a busy couple of weeks in Australia in February 2015 (six months after I’d optimistically hoped to be finished), picking over the book in detail while I was touring and doing events, adding a lot of new material, tweaking some of the character arcs and key relationships, but still cutting it overall from about 110,000 words to a much leaner and more focused 105,000. I don’t think I’ve ever changed a book so much in the edit, and was very pleased by how it came together. It was, undoubtedly, a pretty gruelling schedule overall, and one I’d be careful about taking on again, but I think in general I’m someone who responds more positively to pressure than negatively. Nothing focuses the mind like a tight deadline…