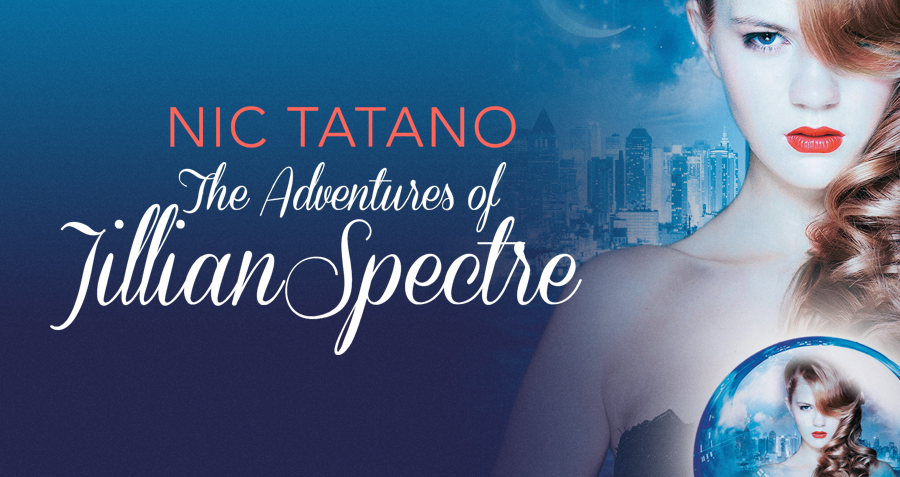 Nic Tatano’s YA fantasy romance THE ADVENTURES OF JILLIAN SPECTRE, published by our sister imprint HarperImpulse, is this week’s Book of the Week on iBooks. Here Nic gives us a quick taster of Jillian’s world…

If you were gonna rule the world, and start with teenagers, where would you begin?

Considering the younger generation’s obsession with technology, a mind-controlling cell phone would be a good start. Not a problem if you’re an evil technopath. More on that later.

What do the ability to see the future and having a snarky personality have in common?

They’re both gifts, though only one would be considered paranormal.

Meet Jillian Spectre, seemingly normal crystal ball chick of New York’s Mystic Quarter, your one-stop shop for paranormal services. You’ve got your mindreaders, muses, telekinetics… and those are just the people in Jillian’s circle of friends. But unlike the other gifted residents of this otherworldly neighborhood, mystic seer Jillian discovers she can not only see the future, but the afterlife. And while that blows her away, she also finds she has more than one talent. She can be in two places at once. A unique power never before seen. And with great power comes great responsibility. Is Jillian a superheroine? Nah, just an average high school girl who can save the world. As soon as she figures out which guy is her soul mate. After all, a girl has her priorities.

“Being in two places at once.” That was my wife’s answer to the question, “What power would today’s teenager most want?” She teaches eighth grade math and knows kids would most want to stay at home while projecting their alter egos to the classroom. So Jillian got that wish. But I didn’t want to split her apart, like good Kirk and bad Kirk in Star Trek. And she would need help. Since every writer has a muse and I figured it was time to pay homage to mine, her best friend got that power.

Of course every teenage girl needs a good love triangle, and in Jillian’s case she’s got a crush on a telekinetic and a mindreader. One can unhook her bra strap with his mind while the other simply knows what she’s thinking. Talk about a dating dilemma. But romance has to take a back seat for Jillian when that aforementioned technopath rears his ugly head. His ability to control technology and actually connect his mind with it is a formidable one. To defeat him she’ll require help from her friends, and get an unexpected assist from the afterlife.

Full disclosure: I actually have the ability to see the future. Nope, I’m not a gifted mystic seer, don’t have a crystal ball, can’t read Tarot cards. But I’ve already written the sequel.