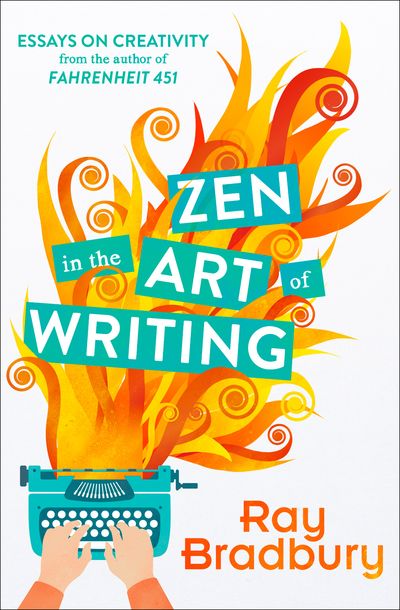 Zen in the Art of Writing

In this exuberant book, the incomparable Ray Bradbury shares the wisdom, experience, and excitement of a lifetime of writing.

The first thing a writer should be is – excited

Author of the iconic FAHRENHEIT 451, THE ILLUSTRATED MAN and THE MARTIAN CHRONICLES, Ray Bradbury is one of the greatest writers of the twentieth century.

Part memoir, part masterclass, ZEN IN THE ART OF WRITING offers a vivid and exuberant insight into the craft of writing. Bradbury reveals how writers can each find their own unique path to developing their voice and style.

ZEN IN THE ART OF WRITING offers a celebration of the act of writing that will delight, impassion, and inspire.

Author: Ray Bradbury
Format: Other Format
Release Date: 21/05/2015
ISBN: 978-0-00-812087-0
One of the greatest science fiction and fantasy writers of all time, Ray Bradbury was born in Waukegan, Illinois, in 1920. He moved with his family to Los Angeles in 1934. Since his first story appeared in Weird Tales when he was twenty years old, he published some 500 short stories, novels, plays, scripts and poems. Among his many famous works are Fahrenheit 451, The Illustrated Man and The Martian Chronicles. Ray Bradbury died in 2012 at the age of 91.

Zen in the Art of Writing

In this exuberant book, the incomparable Ray Bradbury shares the wisdom, experience, and excitement of a lifetime of writing.