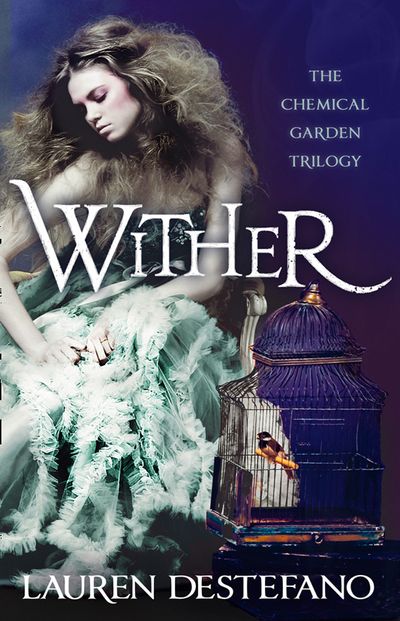 A stunning debut YA novel, destined to blow the dystopian genre wide open – The Handmaid’s Tale for a new generation.

Sixteen-year-old Rhine Ellery has only four years left to live when she is kidnapped by the Gatherers and forced into a polygamous marriage. Now she has one purpose: to escape, find her twin brother, and go home – before her time runs out forever.

What if you knew you exactly when you would die?

In our brave new future, DNA engineering has resulted in a terrible genetic flaw. Women die at the age of 20, men at 25. Young girls are being abducted and forced to breed in a desperate attempt to keep humanity ahead of the disease that threatens to eradicate it.

16-year-old Rhine Ellery is kidnapped and sold as a bride to Linden, a rich young man with a dying wife. Even though he is kind to her, Rhine is desperate to escape her gilded cage – and Linden’s cruel father. With the help of Gabriel, a servant she is growing dangerously attracted to, Rhine attempts to break free, in what little time she has left.

Author: Lauren DeStefano
Format: Other Format
Release Date: 04/08/2011
ISBN: 978-0-00-742546-4
Lauren DeStefano earned her BA in English with a Concentration in Creative Writing from Albertus Magnus College in Connecticut in 2007. The Chemical Garden Trilogy is her first series.

A stunning debut YA novel, destined to blow the dystopian genre wide open – The Handmaid’s Tale for a new generation.