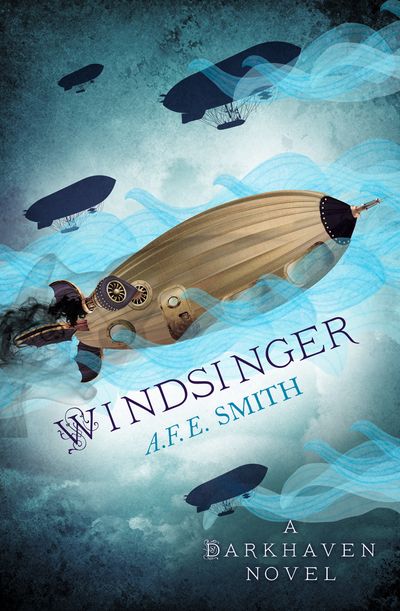 The third instalment in the Darkhaven series.

Ayla Nightshade prepares to meet with the Kardise ambassador to sign a treaty between Mirrorvale and Sol Kardis. However, negotiations are halted as the ambassador is discovered dead in his chambers, poisoned by the same bottle of taransey he and Ayla had shared the night before.

Ayla has been framed for murder and the peace between two kingdoms is at stake. Tomas Caraway and his Helmsmen must rush to prove her innocence before war destroys all they have fought for.

Along the way they discover the plans for a Parovian airship, the Windsinger, which reveal a chamber designed for a special cargo: a living one.

Together Ayla and Tomas set out to uncover their real enemies – a search that will lead them closer to home than they ever anticipated.

Author: A. F. E. Smith
Format: Other Format
Release Date: 23/02/2017
ISBN: 978-0-00-810352-1
A.F.E. Smith is an editor of academic texts by day and a fantasy writer by night. She lives with her husband and their two young children in a house that was apparently built to be as creaky as possible. She can be found on Twitter @afesmith

The third instalment in the Darkhaven series.