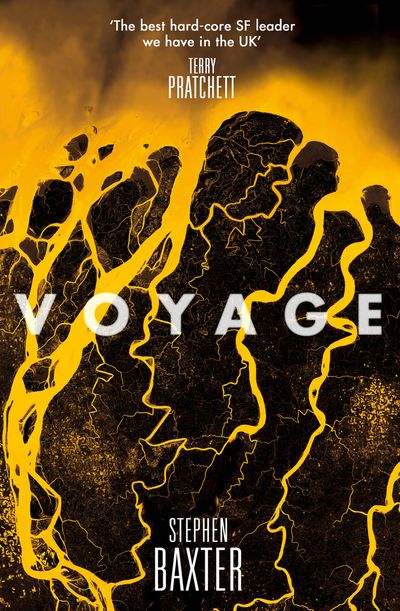 What if John F. Kennedy survived?

Aboard, Natalie York, a geologist who risks everything she loves for the chance to go to space; Phil Stone, former X-15 test pilot; and Ralph Gershon, a Vietnam War hero intent on being the first African American to reach another planet.

Exploring mankind’s presence in the extra-terrestrial expanse, VOYAGE chronicles the incredible story of what could have been.

Author: Stephen Baxter
Format: Paperback
Release Date: 31/12/2015
Pages: 608
ISBN: 978-0-00-813451-8
Stephen Baxter applied to become an astronaut in 1991. He didn’t make it, but achieved the next best thing by becoming a science fiction writer, and his novels and short stories have been published and have won awards around the world. His science background is in maths and engineering. He is married and lives in Northumberland.

What if John F. Kennedy survived?