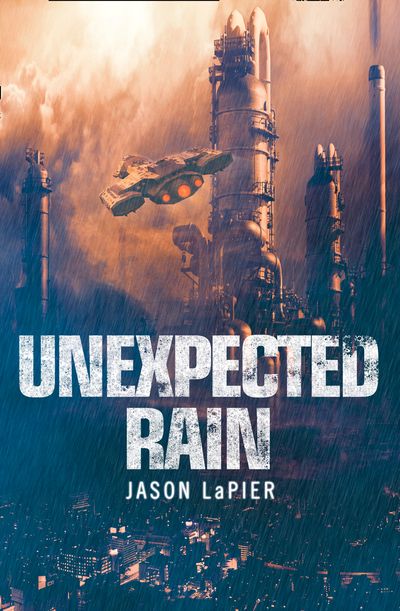 Minutes later, the airlocks on the neighbourhood block are opened and the murderer is asphyxiated along with thirty-one innocent residents.

Jax, the lowly dome operator on duty at the time, is accused of mass homicide and faced with a mound of impossible evidence against him.

His only ally is Runstom, the rogue police officer charged with transporting him to a secure off-world facility. The pair must risk everything to prove Jax didn’t commit the atrocity and uncover the truth before they both wind up dead.

Author: Jason LaPier
Format: Other Format
Release Date: 07/05/2015
ISBN: 978-0-00-810859-5
Born and raised in Upstate New York, Jason LaPier lives in Portland, Oregon with his wife and a couple of dachshunds. In past lives he has been a guitar player for a metal band, a drum-n-bass DJ, a record store owner, a game developer, and an IT consultant. These days he divides his time between writing fiction and developing software, and doing Oregonian things like gardening, hiking, and drinking microbrew. He can be found on Twitter @JasonWLaPier