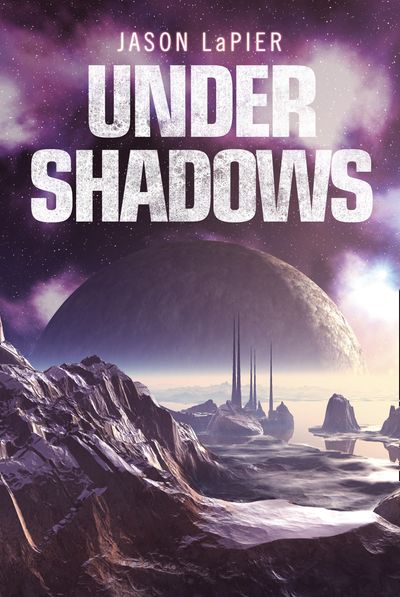 Once a dome operator, then a fugitive, Jax Jackson is now ready to go home. But he is stopped when, from out of the shadows his greatest nightmare ambushes him, and drags him back to a deep-space lair.

Now a public relations officer for the profitable Modern Policing and Peacekeeping, Stanford Runstom still thinks like the detective he longed to be during his years of service as a law enforcement officer. Violence between space gangs and ModPol is on the rise, and if Runstom is going to find out why, he will have to defy authority and enlist the unlikeliest allies.

Skilled assassin Dava was taught to survive by Space Waste boss Moses Down, so when he’s captured by ModPol, she goes on the warpath. Her trust issues are an asset when sniffing out traitors in her gang, but will she be able to control her rage and become the leader needed to stop the sabotage of an ark carrying a thousand sleeping Earthling refugees?

Author: Jason LaPier
Format: Paperback
Release Date: 16/11/2017
Pages: 464
Print on Demand: No stock held, printed to order.
ISBN: 978-0-00-818106-2
Born and raised in Upstate New York, Jason LaPier lives in Portland, Oregon with his wife and a couple of dachshunds. In past lives he has been a guitar player for a metal band, a drum-n-bass DJ, a record store owner, a game developer, and an IT consultant. These days he divides his time between writing fiction and developing software, and doing Oregonian things like gardening, hiking, and drinking microbrew. He can be found on Twitter @JasonWLaPier