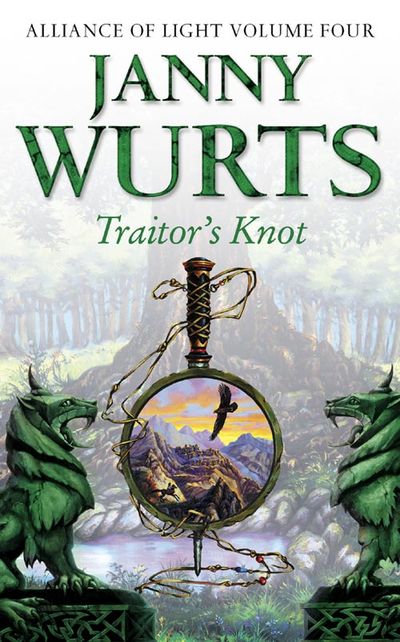 The gripping penultimate instalment of The Alliance of Light.

When half brothers Lysaer and Arithon defeated the Mistwraith its revenge left them cursed to lifelong enmity.

Having conquered the maze and acheived self-redemption, Arithon, Master of Shadow, is now the guest of the formidable sorcerer, Davien the Betrayor. No one knows how his influence will affect Arithon’s recovered mage power, or his newly awakened rogue talent for prescience.

Meanwhile Arithon’s relentless enemies will stop at nothing to acheive his downfall. The Koriani enchantresses are determined to make him their captive and their pawn. And as the Alliance of Light fanatics regroup after their defeat, the core of their priesthood now stands corrupted by a drak cabal who plot to enslave their leader, Lysaer, and use the Mistwraith’s curse as their own private weapon to break the world’s order.

The sorcerers of the Fellowship compact are sorely beset and the clans are counting their ruinous losses. Arithon, who holds their last hope of survival, chooses the most dangerous course: heart and mind he dedicates himself to avoiding killing, though allies and enemies muster for war, single-mindedly blind to the consequences.

The gripping penultimate instalment of The Alliance of Light.