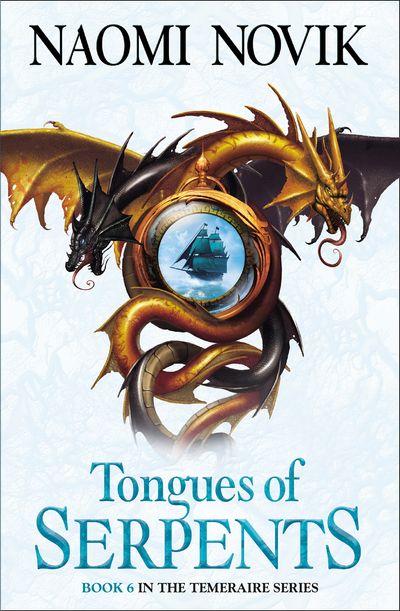 Convicted of treason and stripped of rank and standing, Temeraire and Lawrence are transported to the prison colony at New South Wales. With them travel three dragon eggs destined to be handed over to second-rate officers willing to accept so remote an assignment – including one former acquaintance, Captain Rankin, whose cruelty once cost a dragon its life.

They arrive at a young Australian colony in turmoil after the overthrow of the military governor, William Bligh – formerly Captain Bligh, late of HMS Bounty. Eager to escape the political quagmire, Laurence and Temeraire accept a mission to pioneer a route through the forbidding Blue Mountains and into the interior of Australia. But when one of the dragon eggs is stolen, the surveying expedition becomes a desperate race to recover it before the dragonet hatches – a race that leads to a shocking discovery and a dangerous new obstacle in the global war between Britain and France.

Author: Naomi Novik
Format: Paperback
Release Date: 09/06/2011
Pages: 352
ISBN: 978-0-00-725678-5
An avid reader of fantasy literature since age six, Naomi Novik is also a history buff with a particular fascination with the Napoleonic era and a fondness for the work of Patrick O'Brian and Jane Austen. She began writing as a guilty pleasure while studying for her Master's degree in Computer Science at Columbia. She found an opportunity to combine her passions by developing computer games, starting with a multi-player online science fiction game she created in college that has now been in continuous operation for almost a decade. She is also the founder and organizer of Vividcon, the annual convention for digital video enthusiasts who create music videos and other short films based on their favorite television shows and movies, and of the Commonverse, a project dedicated to applying the "open source" approach for software development to the writing of shared-universe fiction. She lives with her husband in New York City.