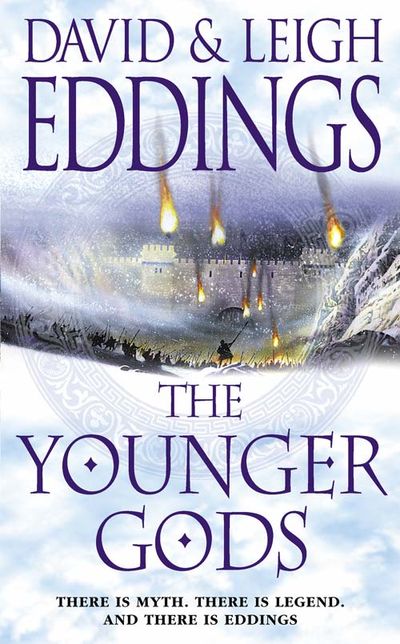 This is the exciting final volume in the glorious fantasy series The Dreamers. From the masters of modern fantasy, a magical, action packed, totally engaging and characterful story of mythical proportions featuring gods, people and other creatures.

The attacks of the dreadful insect queen known as the Vlagh have been repelled in three of the Elder Gods’ realms. Now, only the land ruled by the Goddess Aracia remains for the Vlagh to send her hordes to attack.

But while the Gods, their younger avatars and their human comrades have emerged victorious from all previous encounters, this time the Goddess herself may be their greatest foe – she craves worship and hates the idea of being replaced by a younger God when her time comes to an end…and that time is approaching fast.

A mighty conclusion to a fabulous series!

Author: David Eddings and Leigh Eddings
Format: Paperback
Release Date: 01/05/2007
Pages: 400
ISBN: 978-0-00-715769-3
David Eddings was born in Washington State and grew up near Seattle. He graduated from the University of Washington and went on to serve in the US Army. Subsequently he worked as a buyer for the Boeing company and taught college-level English. His first novel was a contemporary adventure, but he soon began a spectacular career as a fantasy writer with his bestselling series The Belgariad.

This is the exciting final volume in the glorious fantasy series The Dreamers. From the masters of modern fantasy, a magical, action packed, totally engaging and characterful story of mythical proportions featuring gods, people and other creatures.