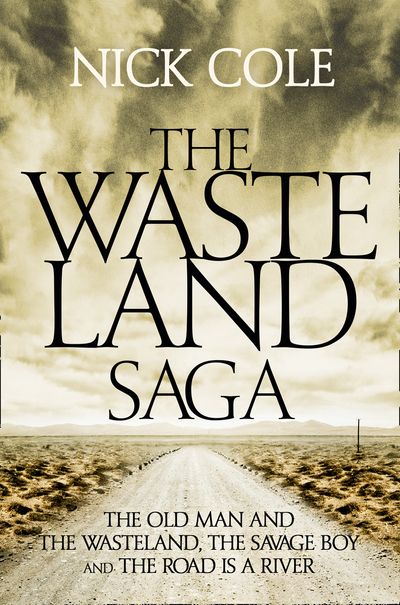 Part Hemingway, part Cormac McCarthy’s The Road, The Old Man and the Wasteland is a suspenseful odyssey into the dark heart of the Post-Apocalyptic American Southwest.

Forty years after the destruction of civilization…Man is reduced to salvaging the ruins of a broken world. One man’s most prized possession is Hemingway’s classic ‘The Old Man and the Sea.’ With the words of the novel echoing across the wasteland, a survivor of the Nuclear Holocaust journeys into the unknown to break a curse.

What follows is an incredible tale of survival and endurance.One man must survive the desert wilderness and mankind gone savage to discover the truth of Hemingway’s classic tale of man versus nature.

Author: Nick Cole
Format: Other Format
Release Date: 15/10/2013
ISBN: 978-0-00-749088-2
Nick Cole is a working actor living in Southern California. When he is not auditioning for commercials, he’s writing books. The Old Man and the Wasteland is his first novel. Nick Cole has been writing for most of his life and acting in Hollywood after serving in the U.S. Army.

Part Hemingway, part Cormac McCarthy’s The Road, The Old Man and the Wasteland is a suspenseful odyssey into the dark heart of the Post-Apocalyptic American Southwest.